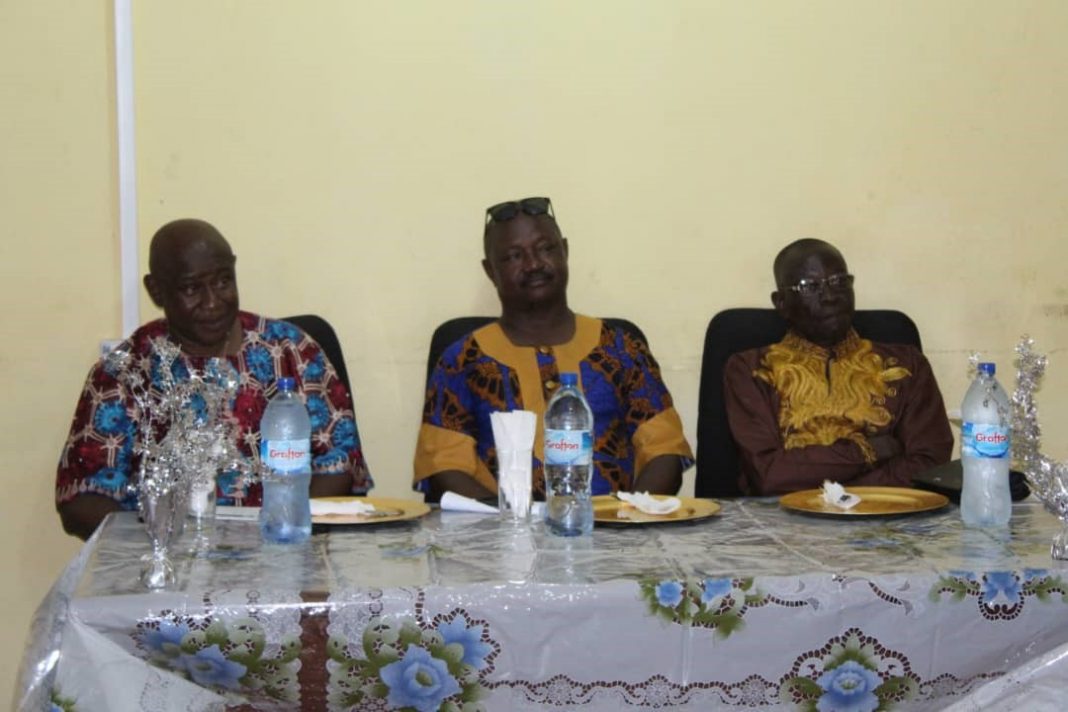 During a ceremony held on the 21st February 2020 at Statistics Sierra Leone headquarters, Moses Williams, a retiree of Stats SL commended the Management of that institution for being the first to recognize and honour retired staff.

Williams retired from Stats SL after 27 years of service to the institution before he was appointed Chairman of the Statistics Council by President Julius Maada Bio. He informed his audience that he is delighted that under the new administration at Stats SL, the institution is taking a proactive step in taking care of its retired staff.

The ceremony was held in honour of three former staff who recently attained the mandatory retirement age of 60. It was the first time Stats SL as an institution is honouring retired staff with certificates and plaques for meritorious service to the institution.

Williams added that such send-off for retirees had never happened during his 27 years of service at Stats SL but that he is happy that the right actions are now being taken for retirees irrespective of rank, after their term of service. He thanked the Statistician General for the initiative which he termed as a novelty

In a short talk, the Deputy Statistician General, Andrew Bob Johnny who himself has worked at the institution for 25 years and counting, said he is happy that after administrations had come and gone, this administration has recognized the need to honour people who served the institution with dedication and commitment. He advised the retirees to continue doing worthy things with their post retirement lives and prayed that the almighty God keep them longer

The Statistician General, Professor  Osman Sankoh (Mallam O), thanked the staff all of whom he said he used to interact with before they retired. He underscored their diligence in the execution of their duties for which he said he will forever be grateful. He added that as a leader, he values everybody no matter the rank and that was epitomized by the fact that 2 of the 3 retirees being recognized are drivers. He concluded by saying that the institution holds the retirees in high esteem and though now retired, they should not hesitate to bring to him whatever idea they think could better the institution whilst citing the Alumni Association of Stats SL, which he says will be a gathering of ex workers of Stats SL, which his management is working on forming.

In his statement, David Gbaya Kokoya, who had spent 13 years at the institution and who until his retirement was Officer In charge of the Data Science division, said he is thrilled for this recognition especially in this fashion as he never imagined that this will ever be done upon his retirement. He thanked Management for the idea which he says he will remember for the rest of his life

Margai Mansaray who had spent 17 years at Stats SL and who until his retirement was a senior driver expressed appreciation for the honour and dedicated his certificate to his lovely wife. He advised all the current drivers most of whom he had worked with, to be obedient and committed to the job which he says was a factor that made him spend that long in the institution

Alex Wurie who also had spent 17 years at the institution and who also rose to the rank of Senior Driver until his retirement said that the day will forever linger in his heart. He said they as retirees feel loved and honoured by the special recognition event and thanked the management for the brilliant initiative.