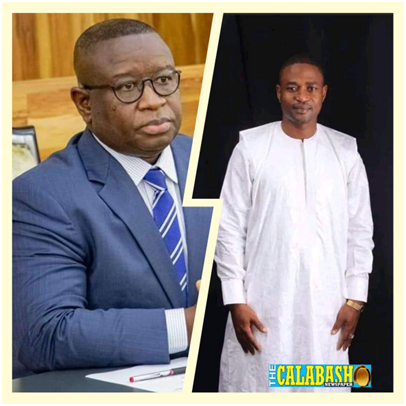 There is a school of thought which holds the view that President Julius Maada Bio should ensure that the needful is done to save Mohamed Kamarainba Mansaray from dying an untimely death.

They argue that he has been in detention for close to three years and even the allegation surrounding his incarceration is still in court.

The argument furthered how he is a senior citizen by virtue of his position as Leader and Chairman of the Alliance Democratic Party (ADP) and has also contested in two democratic elections for the highest office in the land adding that if President Bio is in office today as President, then Kamarainba played his own part to make the previous APC Government unpopular.

According to that school of thought, just after the 2012 election, Kamarainba was the only opposition leader who was holding the APC led Government of Ernest Bai Koroma accountable maintaining how in his days as National Chairman and Leader of the ADP was like giving the APC Government heavy load to carry as he was the only politician at the time preaching the politics of truth.

They asserted that he had issues with the APC on several occasions, as he was also incarcerated on more than two occasions but he was still there for the people.

Also brought to the fore was that he took his time to go round the country discrediting the APC and was very instrumental in unearthing the ills of the APC, much to the admiration of the public.

Kamarainba is suffering today in prison with a very serious medical health problem. His situation has gone worse to the extent that even his family members are afraid for his life.

Many social commentators and activists say that Kamarainba deserves bail under the laws of Sierra Leone, especially for the simple fact that he is merely a suspect and not a convict.

They reference Section 23 of the 1991 Constitution of Sierra Leone which states that: “A man is presumed innocent until proven guilty by a competent court of law.”

The school of thought concluded that in this case, Kamarainba has been going through pain, as his right to bail has been denied by the court, even though a bail has been granted by the Presiding Judge.

It underscored that what makes this case more suspicious is the fact that similar cases of such nature have never been given attention in comparism with the ADP Leader and Chairman’s case.