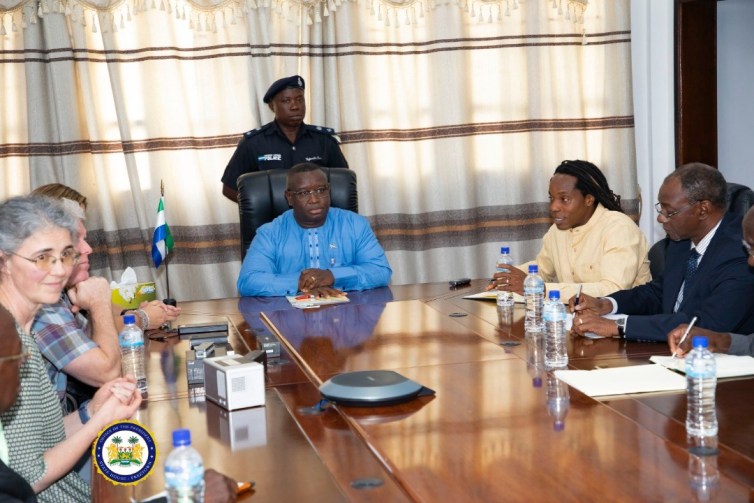 A team of scientists and technologists led by Laura Boykin, a biomolecular researcher and a senior TED fellow, have met with His Excellency President Dr Julius Maada Bio to discuss the first ever Molecular Sequencing and Diagnostics practical training in Sierra Leone.

Chief Innovation Officer, Dr David Moinina Sengeh, who presented the team, said that the delegation was in the country to host the first-ever molecular sequencing and diagnostics exercise and to provide hands-on training for researchers and academics in Sierra Leone on wet lab and portable DNA sequencing technologies. He said they would also develop a programme for the early diagnostics of cassava diseases with a goal to increase yield.

Market Development Manager of Agri-economics & Food, Iain Macharen-Lee, said that: “Our company’s mission is to get the analysis of any living thing or any person in any environment. All living things contain genomes that are rich in information that can allow you to make clinical, management and other possible decisions. Until now, people more broadly across Africa have not had the ability to access that information.

“Part of our mission is to make that possible. We have created a technology that can read DNA and can produce tens of billions of data points in a very short time. You are the first Head of State to handle this device and we will take it to Njala University to train 60 scientists,” he said.

In his brief response, President Julius Maada Bio said: ”We are a small nation but what we have decided to do is to pay attention to Human Capital Development. This, for us, means food security, health security and education. What you have brought really aligns with what we want to do in being able to produce enough food in quantities that are enough not only for home consumption but for market purposes”.