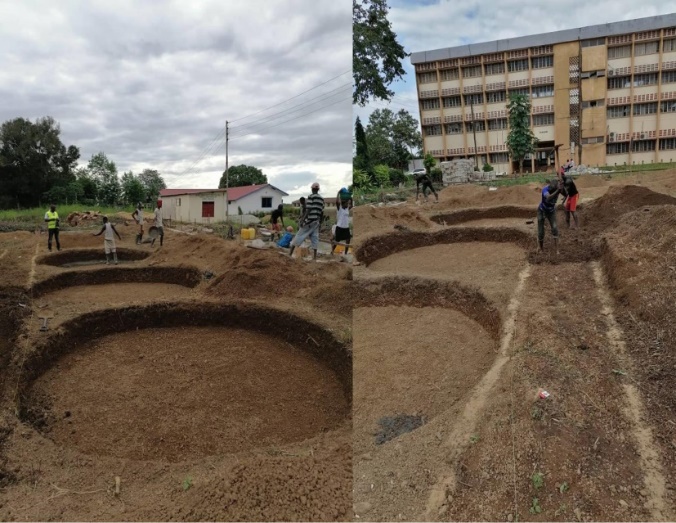 As part of their goodwill gesture to Sierra Leone, Seawright Mining Company made a commitment to modernize Njala University Aquaculture.

Sometimes back, Seawright Mining Company took staff of their company, Parliamentarians, Permanent Secretaries, the media, Head of Aquaculture and Fisheries Management Department at Njala University, his Deputy and students to Ghana, Nigeria and China to under study those countries Aquaculture system in order to get the best type of system for Sierra Leone.

After those visits, the team chose the Chinese Model which is now being implemented in the country.

“We will support you 100% and will make sure that all the items you need, reach you,” he assured.

He emphasized that after capacitating Njala University, there are other communities where the company is operating that will benefit. These are Nimiyama Chiefdom in Kono District and Gorama Mende in Kenema District. He noted that Njala University will take the lead as technical expert to those communities.

“The system we are putting together is 100% guaranteed as it will be able to generate 40 tons of fish every six (6) months, and we will do that full time,” he confirmed.

He pointed out that they want to make sure that the university makes money out of hatcheries and also standardize what they are doing.

He stated that people need to showcase what they are doing and promised that the Company is ready to do anything that will make the project work.

“My position is that, I want to make sure that we have everything we need, all what we are buying is not for us, we are not making anything out of it; it is going to be for the communities and for the people,” he reaffirmed.

He maintained that part of their vision is creating employment for young people and that at the same time they want to ensure transparency in everything they are doing by putting proper system in place.

He mentioned that solar facility will be installed for the system to have constant electricity that will keep it going.

Head of Aquaculture and Fisheries Management Department, Njala University Dr. Mathew Pundeh described the intervention of Seawright Mining Company through Dr. Seawright as timely and noted that he felt great as the Head of Department to see the commencement of the project.

He disclosed that the current phase of the project is the most import part, adding that if the engineer gets it right from the foundation, it will be easy for the Chinese Team to do the final work.

He added that they are going to come up with strategies to maintain the facility after the Company’s would have completed the project the University noting that it will serve as a teaching facility for all levels.

“This is a long term impact project; the facility will stay as long as Njala University continues to be in existent,” he stated.

He added that the other two communities which the Company is operating are under similar construction but Njala is taking the lead as they will teach others.

Recirculating Aquaculture Systems will come from China through Zhongshan Water Aquaculture Equipment Technology Limited who is one of the producers of the system in China.