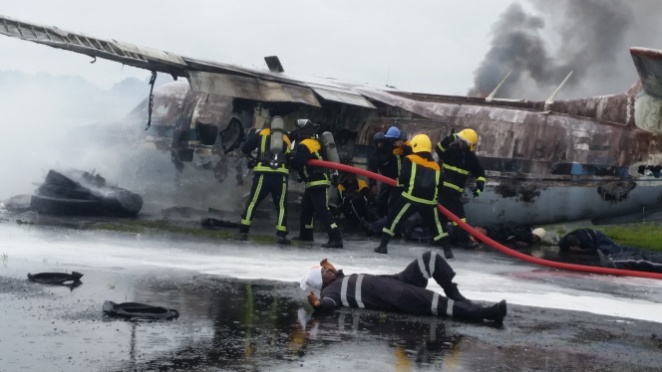 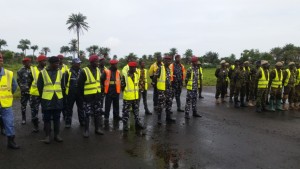 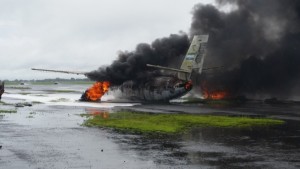 General Manager of the Sierra Leone Airport Authority, Ebenezer Macauley, on 17th August 2019, organised an emergency exercise to prepare the Airport for any emergency that may occur at the air sector. He said that the full scale emergency practice was to set out strategies for any fire emergency.

“My team is well prepared and all fire respondents are now ready for any type of fire that may broke out at the airport sector, we have also managed to maintain and respect time in any fire emergency”, he ended.

The Head of Operations at Sierra Leone Airport Authority, Lawrence B. Conteh, stated that the simulated exercise was prescribed to foster operations at the airport within specific timing. It was a partial emergency exercise to be conducted after every 1 year. He stated that the objective of this exercise was just to test the functional capability of the Airport Authority, and they named it ‘Aircraft Emergency Exercise’.

Mr. Kugbe Tucker, Civil Aviation Director, added that the aviation security authority has an emergency plan that is fit for any emergency that may occur at the Airport at any time.

“We have partnered with several other service providers to participate in this exercise like the SLP, fire force, hospital etc. and their inputs are henceforth ready”, he said. He ended that there are specific roles to be played by all the partners involve and that they are prepared, should any emergency occur in the air sector.

Captain Hassan Sei Coomber, Commander of the Air Wing-RSLAF, confirmed that there is a National Civil Aviation Committee which is always ready to organize troops in case any emergency arises. He stated that their preparedness level is rated very high and travellers should be assured of proper security.