The Sierra Leone Civil Aviation Authority in collaboration with the Ministry of Transport and Aviation, and Ministry of Health and Sanitation on Wednesday 24th July, 2019, launched the Airport Public Health Emergency Preparedness and Response Plan.

The plan is aimed at preparing and maintaining the capacity to respond to public health events by preventing the introduction, transmission or spread of communicable diseases at the Freetown International Airport.

Representing the SLCAA, the Deputy Director-General (Technical) Mrs. Fatu Maria Conteh observed that the SLCAA was not only concerned about the safety and security of the traveling public, but was willing to comply fully with all other connections and treaties that support civil aviation growth.

“We were taken by surprise when Ebola struck in 2014, and we are aware of its devastating effect on our country especially the travelling public. Therefore, we cannot allow it to happen again; hence, the SLCAA has provided the requisite support for all stakeholders involved in the development of this plan,” she said.

Launching the plan, the Minister of Transport and Aviation Hon. Kabineh Kallon recalled that the Government of Sierra Leone in collaboration with the World Health Organization issued a global alert for the occurrence of Ebola in May 2014, and that the collaborative effort of the  SLCAA, Ministry of Transport and Aviation, the Ministry of Health and Sanitation and some international partners like WHO, IOM, CDC-USA and other local NGOs, implemented series of measures to contain the spread of the virus and with those measures no case of Ebola was exported overseas through the country’s air border.

“As WHO declared Sierra Leone Ebola free, there was the urgent need to develop and maintain an Airport Health Emergency Preparedness and Response Plan that is generic and compliant with International Health Regulation (2005) and the ICAO Annex 9 requirements. Today, I can proudly say as a State we have one,” he said.

The Country Representative of International Organization for Migration, Alhaji Sanusi Savage said IOM in support with SLCAA and other organizations implemented entry and exit health screening measures at the FNA which lower risk for the international spread of Ebola by identifying travellers who might be infected and prohibiting their further travel.

Representing the Ministry of Health, Rev. Canon Dr. Thomas Samba noted the call to have an airport health response plan was deliberate to remind actors that public health threats were part of their lives, adding further that the plan was a clarion call for multi-sector approach to health service delivery. 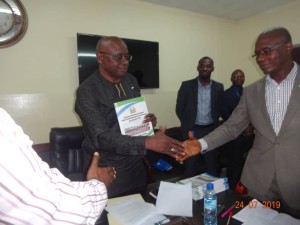 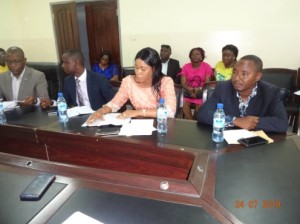 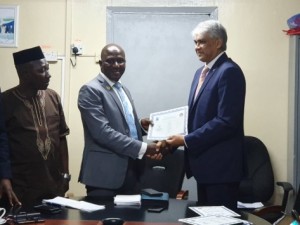 The Airport Excellence in Safety programme is a five day event carried out by the ACI to respond to aviation safety worldwide. The programme is designed to assist airports of all sizes with a goal to improve their level of safety and compliance with ICAO Standards and Recommended Practices (SARPs).

In his presentation, the Director General of Sierra Leone Civil Aviation Moses Tiffa Baio recalled his maiden meeting with the ACI team in Abuja June this year where he informed ACI about the state commitment in enhancing its safety ratings to match up with the Abuja Safety Targets of which airport certification is a key criterion.

“During our discussion, I reiterated the need for an Apex Review which would serve as part of preparatory stage of the certification project for Freetown International Airport. This has been one of the key policy priority programmes of HE President Julius Maada Bio to transform the aviation industry and enhance aviation safety of Sierra Leone,” he said.

The Director of Strategy and Business Development ACI, Romesh Bhoyroo said that meeting government officials was a proving sign of the state’s commitment to the process; adding they were here to assess the airport and present an honest report on their findings.

“The review will look at 3 broad areas: identifying the problem (s), looking at the FNA certification process and looking at the Safety Management System. After the APEX Review, the state should be able to have a clearly defined roadmap to solve the posing issues. The ACI will also assist the state with the Africa Airports Development Programme which will provide Sierra Leone with experts and training programmes with no cost attached,” he maintained.

The General Manager Sierra Leone Airport Authority, Ebenezer Macauley welcomed the team and pledged his full commitment to the process; believing the review was the first step towards achieving the certification of the Freetown International Airport.

After the review process, the Freetown International Airport would have enhanced its level of safety through knowledge of regulatory standards, best operational practices and training needs/options; provided thorough understanding of its own safety performance, identified areas for improved efficiency and better use of resources, allowed access to a pool of expertise, facilitated the mitigation of any safety gaps as required by its specific operating environment, initiated a cycle of continuous improvement.