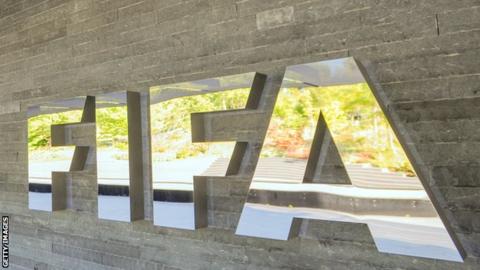 Former Sierra Leone FA (SLFA) official Abu Bakarr Kabba has been banned by Fifa for five years and fined US$50,000 for violating the organisation’s Code of Ethics.

Football’s world governing body found him “guilty of having accepted and received bribes in relation to the manipulation of international matches”.

Kabba, formerly an administration secretary and acting general secretary in the SLFA, was one of 15 players and officials originally suspended in 2014 during a match-fixing investigation.

SLFA president Isha Johansen, who has long fought for a match-fixing inquiry to go ahead despite some local opposition, welcomed the move.

“After years of our country’s favourite sport being plagued by allegations and counter-allegations of match-fixing and betting offences, news of the indictment of senior people formerly connected to the Sierra Leone FA can only serve in the best interest of the nation,” she told the press in a statement.

“Hopefully the dawn of a new era in Sierra Leone football is within grasp.”

Kabba was part of FIFA’s investigation “into various international matches (attempted to be) manipulated for betting purposes by Mr Wilson Raj Perumal”.

The Fifa inquiry had repeatedly been delayed but focused on several matches, one of which was a World Cup qualifier between Sierra Leone and South Africa in 2008.

In April, former Sierra Leone captain Ibrahim Kargbo, who played for the national team between 2000-2013, was banned for life by Fifa who said he had been involved in attempted match manipulation of internationals.

No information was given of the games he had been sanctioned for however.

Like Kabba and Kargbo, several other African referees – and officials – have been punished for their links to convicted match-fixer Perumal, a Singaporean national.