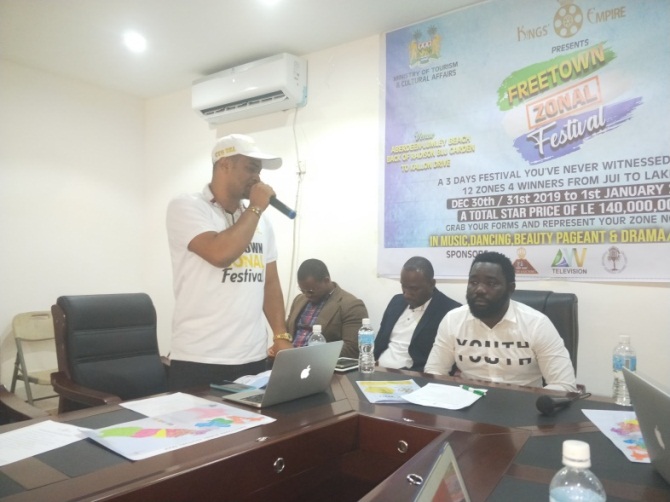 A group known as Kings’ Empire Sierra Leone Ltd is poised to host the Freetown Zonal Festival 2019 on the theme: Promoting Entertainment, Tourism and Culture. This was disclosed on Thursday 31st October, 2019 at the Ministry of Tourism and Cultural Affairs Conference Room on Kingharman Road Freetown.

According to the speakers, this initiative was taken to support the entertainment industry in the country by the Multi-Media Company which is working in partnership with the Ministries of Tourism and Cultural Affairs and Youth Affairs.

Chief Executive Officer of Kings’ Empire Valentine Mak King disclosed that Kings Empire Sierra Leone Limited wants to address the overwhelming challenges and numerous opportunities of the country’s entertainment industry. He added that this was principally instituted to project the rich cultural values and touristic potentials of Sierra Leone.

The Freetown Zontal Festival is an event that is being organised to give back to society, there after the organization will undertake community development projects in different communities within the municipality of Freetown.

The event is schedule to take place on 30th and 31st December, this year during which two days the contestants there will be eliminations to the finals on Wednesday 1st January, 2020 at Radisson Blue Garden on Kallon Drive, Aberdeen Beach.

Currently, forms were being disclosed are out for sales at a cost of Le 50,000 per category and are availably distributed at different locations in Freetown such as AYV Media Empire on Wesley Street, King’s Café & Electronics.

He applauded the Ministry of Tourism and Cultural Affairs for the support to the event’s preparation. 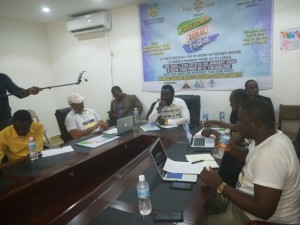