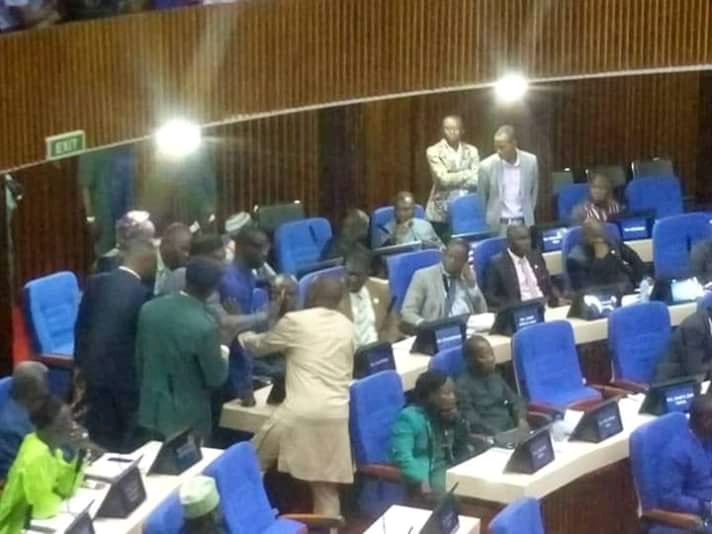 On Thursday 11th July 2019 the Parliament of Sierra Leone debated the Bill entitled “The Sexual Offences (Amendment) Act 2019” and committed to the Legislative Committee for further scrutiny in consultation with other Committees in Parliament.

The Bill was piloted by the Attorney General and Minister of Justice, Dr. Priscilla Schwartz with the aim of amending The Sexual Offences Act of 2012 by prescribing life imprisonment as a maximum penalty for perpetrators of rape and sexual related offences such as penetration of minors.

The said Bill is primarily aimed at curbing this dreadful social malaise in our society by upping the sentences for such crimes against minors by paedophiles from fifteen years to life imprisonment. The Bill also made provisions for the introduction of offences related to aggravated sexual assault, alternative conviction of aggravated sexual assault, prosecution of offences under the same Act as well as the making of court rules in order to empower the Court Committee to further regulate the practice and procedure under the Act and provides for other related matters.

Addressing the Honourable Members of Parliament after a motion was accepted for the Bill to be tendered to the Legislative Committee, the Presiding Speaker of Parliament, Rt. Hon. Segepoh Solomon Thomas urged the MPs to be patriotic when considering those amendments for eventual passage by the House. “I want you to remember certain facts being drawn to our attention during the debate” he stated adding that “this is a situation that is very serious and we as a nation have to be ashamed of ourselves”.

The Presiding Speaker also wittily ordered the appearance of the Inspector General of Police, the Director of Correctional Services and the Director of Crimes Management to come before the Committee of Internal Affairs to assist with information gathered from perpetrators as to the causes of rape and other forms of violence against women and children in the country. He observed that “at a certain time I begin to address my mind that there are some rituals associated to certain sexual penetrations” he revealed.

On his part, Hon. Sama Sandy of SLPP said the necessity and crucial nature of the Bill needs not to be over-emphasized.  According to him, the document has to do with the reproductive aspect of women and girls. He expressed dismay over the wicked attitude of rapists, pointing out that some of them are not supposed to be part of the current generation.

Hon. Shiaka M. Sama, an Independent MP from Pujehun District suggested an amendment on the Bill to consider the protection of young boys who may be used by ladies to fulfil their sexual desires. According to him, that aspect is not mentioned in the document.   He also drew the attention of other Honourable Members to critically look into a situation where some bad women may want to use this law to punish men through the allegation of rape. “Men should stop illegal sex and this Bill is very important and dangerous” he advised.

Hon. Hassan Sesay of APC called the attention of colleague MPs to look at grey areas in the Bill relating to customary and other laws with the aim of harmonizing them to suit the prospective amendments.

Chairman of the Legislative Committee, Hon. Hindolo M. Gevao informed the House that some witnesses have brutally been killed in relation to the issues of rape at Aberdeen. He appealed to the Minister to properly investigate the matter of rape before prosecution. He also said a large percentage of women and girls are being abused in Sierra Leone. He used the opportunity to ask the authority to increase the number of police stations and magistrate courts to fast track cases of sexual penetration and related offences in remote areas in the country.

Hon. Bernadette Wuyata Songa of SLPP said that Sierra Leone has several laws but is challenged with the implementation of these laws, whilst calling on the Minister and colleague MPs to change the situation regarding the Sexual Offences Amendment Act 2019. She informed that in some cases, matters relating to rape are not reported.  She therefore called on the stakeholders to conduct awareness raising programmes relating to the implementation of this Bill.

Hon Rebecca Y. Kamara of C4C described herself as a potential victim of rape. “I am indirectly a potential victim of rape because I am a woman and I also have girls” she asserted. She informed the Honourable House that her District is one of the most vulnerable places for rape because of the mining activities taking place in that part of the country. She said, in most cases, the perpetrators go unpunished and sometimes the victims died as a result of psychological impact and poverty.

Hon. Paramount Chief, Matilda Y. Minah from Pujehun District called for a speedy approval of the Bill, whilst appealing to the stakeholders and state authorities to provide logistical support to social workers in that part of the country. She informed that sexual penetration is very high and most times perpetrators quickly cross to neighbouring Liberia to escape prosecution.

Leader of the Opposition, Hon. Chernor R.M Bah thanked President Bio for listening to Parliament and urged colleague MPs to pay keen interest during the amendment and to avoid any attempt to duplicate the laws that are subsisting in other Acts of Parliament.

Concluding the debate, the Acting Leader of Government Business Hon. Mathew S. Nyuma said they as a Government want to change the narrative of the situation regarding the offences relating to sexual penetration. “The whole issue of rape is an intentional business”, he noted adding that they were not going to repeal the law but were going to treat it with seriousness. He described rape as a “filthy thinking” and that it should not be compromised. He encouraged all MPs to follow the spirit of the law and remember the conditions of the victims, some of whom he said had died as a result of those circumstances.

The debate was climaxed by special prayers for victims who had died of rape.

In another engagement, the Parliament of Sierra Leone has also on the 11th July 2019 debated and unanimously ratified $ US 34.12 Million on financing agreements for regional rice value chain programme and food self-sufficiency aimed at increasing rice production in the country.

MPs who spoke to the motion appreciated Government’s interventions in promoting and increasing rice production through mechanized farming for the citizenry of Sierra Leone.

The following financing agreements were ratified by Parliament: