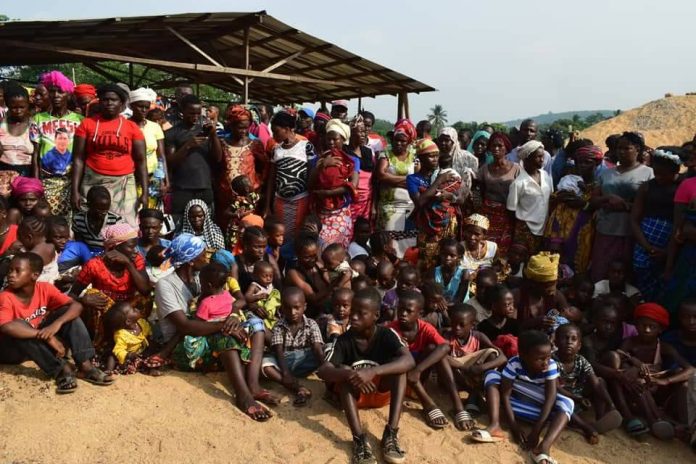 Director of Corporate Strategy and Planning, Immigration Department of Sierra Leone, Abdul Karim Bangura, has on Wednesday, 26th June, 2019, disclosed that 248 Sierra Leoneans consented to be repatriated from a holding centre in Mali to Sierra Leone.

These Sierra Leoneans, who were leaving the country to seek greener pasture in Europe some years ago, were trapped along the Mediterranean Sea, picked up by security personnel and brought to holding centres in Niger and Mali.

Bangura, who was speaking exclusively in an interview at his Immigration office on Gloucester Street in Freetown, however noted that eight Sierra Leoneans rejected the offer to be repatriated out of 256.

“They faced several challenges while trying to force their way to Europe. Some died as a result of beating, some ran out of money. The International Organisation for Migration (IOM) set up holding centres and tried to identify their nationality,” he explained.

He noted that IOM approached the government of Sierra Leone for a possible repatriation, adding that with the approval of the Chief Immigration Officer, Lieutenant (Rtd.) Andrew Jaiah Kaikai, arrangements were quickly put in place and two officials from the Immigration Department departed Sierra Leone to Mali.

He said IOM had already screened and placed the undocumented and irregular immigrants by their countries, adding that they had no travelling documents from Sierra Leone.

“Some of them told us that they sold everything they had in Sierra Leone including parcels of land, houses, etc., to embark on that dangerous journey.
We counsel them severally to see the need to return and reintegrate into the society. We issued emergency travelling documents to them free of cost,” he said.

“There were even five babies between the ages of 6-4 months among the 248 Sierra Leoneans. There were single parents who lost their husbands and wives while trying to cross the Mediterranean Sea. There was an Imam who had two wives and five children with him at the holding centre,” he disclosed.

He said the remaining Sierra Leoneans are expected to be repatriated this week.