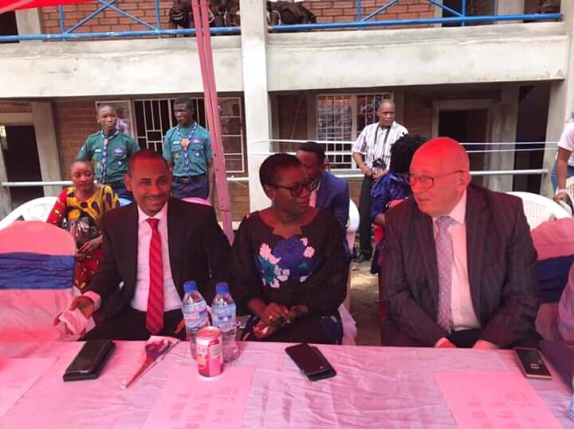 On Monday 24th and Tuesday 25th June 2019 Her Worship the Mayor of Freetown Yvonne Aki-Sawyerr unveiled at total of 49 newly constructed Classrooms across three Municipal Schools.

With funding from Make-It-Happen a UK Charity Organisation, 20, 18 and 11 classrooms at Henry Fergusson Municipal School, Fattah Rahman Municipal School and E. B Williams School respectively have been constructed.

The nine months construction of the classrooms blocks aligned with one of Transform Freetown Education Sector Initiative aimed at improving the teaching and learning environment in municipal schools. Previously, the school were deplorable to the extent that E.B Williams was popular called “pan bodi skul”.

Speaking at the unveiling ceremonies Mr Michael Collins Chief Executive Officer of Make-It-Happen explained “What we have provided is planting an apron. From the seeds that we have planted we very much hope that there will be a mighty oak tree, which will be the performance of you students in the years to come. The reward is to look and know that a student sitting here today will be a president of this country tomorrow.”

Also present at the unveiling ceremonies were the British High Commissioner, a representative from the Ministry of Education,  members from the schools boards, Henry Fergusson (former Mayor of Freetown)  the member of Parliament, Councillor, and FCC’s Education Officers.

Addressing the students before cutting the ribbon Mayor Yvonne Aki-Sawyerr said, this is about you.  This is us actively playing our part to ensure that the quality of your education improves. The ball is now in your court make use of these classrooms! Your success is our ultimate reward” 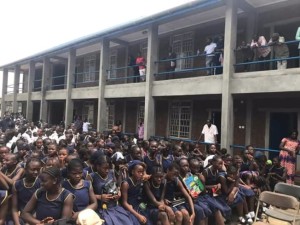 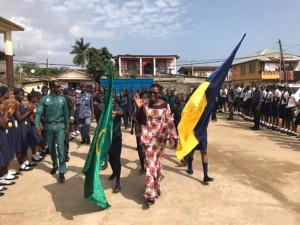 In addition to the classrooms blocks toilets and office spaces were constructed at the schools.