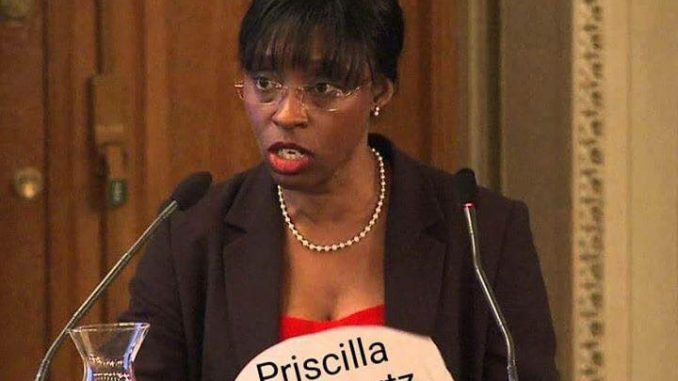 The credibility of the legal profession in Sierra Leone has been called into question by the disrobing of three lawyers as disciplinary action by the General Legal Council.

The disgraced lawyers, who include the formerly revered Lawyer Shears Moses, were fingered for unprofessional conduct. Lawyer Moses was himself indefinitely suspended pending an appeal against his conviction relating to his involvement in exams malpractice when he headed the Law Department at Fourah Bay College, University of Sierra Leone (USL).

Lawyer Claudius Kwashie Walker had his name deleted from the Roll of Court of barristers and solicitors, meaning he can never practise as a lawyer in Sierra Leone unless the decision is reversed. A statement by the Legal Council accused him of “unprofessional, dishonourable and unworthy conduct.”

Lawyer Musa Pious Hermor Sesay, according to the same statement, was suspended from practising as a legal practitioner for six months. He was also ordered to repay the sum of Le4million within 30 days to a complainant named Idrissa Sesay.

A fourth lawyer, Julian Cole, was censored for 18 months. This means that Cole will be under close monitoring by the Council and will face drastic action if he is found to be involved in any unprofessional act within this period.

The General Legal Council is the regulatory body of legal practice in the country and it is responsible to ensure compliance to the ethics of the profession.

This decision by the Council has once again refocused attention to a longstanding concern over unprofessionalism in the larger judicial sector, amidst allegations of corruption. The case involving Shears Moses is a perfect illustration of this. He was convicted for illegally awarding exams marks to three students who were later called to the bar. The USL has since withdrawn the degrees awarded to those individuals.

According to a copy of the Council’s statement, these decisions were taken in March this year and at the time Lawyer Pa Momoh Fofana was a member of the Council and was one of the signatories to it.

Mr. Fofana would not comment on the issue when contacted on Thursday, citing the legal implications given that one of the suspended lawyers, Pious Sesay, had appealed against it. He also said the fact that Shears Moses’ case was also still in court made it inappropriate for him to comment on the matter.

One of the sanctioned lawyers, Julian Cole, was one time Secretary General of the Bar Association, which has itself had its fair share of criticism over the conduct of its members.