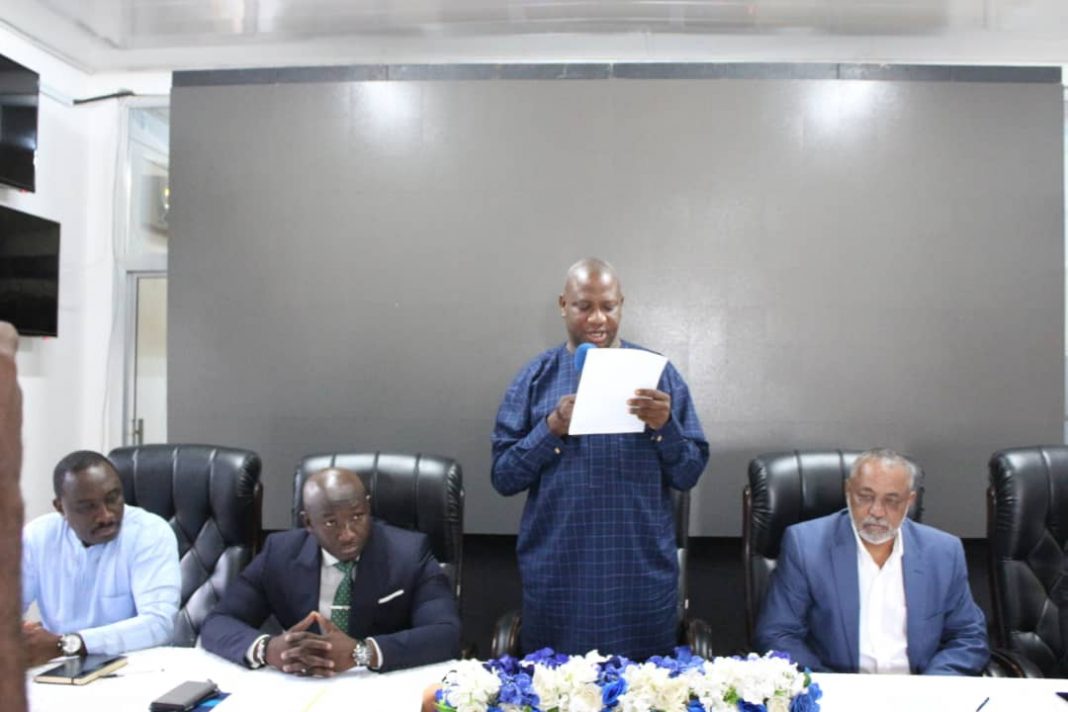 On Monday, 27th May, 2019, officials of the Sierra Leone Cable Limited (SALCAB)  told newsmen that they were set to take internet connectivity to 500 schools, colleges and 15 public hospitals, under their ‘Project One Access’.

He said for the first phase of the ‘Project One Access’, they would target 500 schools, colleges and 15 public schools, noting that by 2023, they would have targeted 1,000 schools and major public health centres.

“We aim to connect 500 schools plus 16 district libraries with free quality internet in the first phase of this project. Schools, colleges and public hospitals, which are 34 kilometres of SALCAB’s points-of-presence, will benefit from this program across the country. We will also repair 23 kilometres of damaged fibre optic cables that were destroyed during the construction of the Sewafe-Koidu road in Kono district,” he said.

He said some of the beneficiary schools are connected to solar electricity for 12 hours a day, noting that it will be easy for them to benefit from this program.

Chairman, SALCAB’s Board of Directors, Sorie Fofanah, said his institution’s goal is to connect 1,000 schools, colleges by 2023 with high-speed internet services.

He noted that SALCAB, through the Ministry of Finance, will secure from China’s Eximbank the sum of 34 million United States Dollars (US$34m) to complete the deployment of the fibre network to more provincial cities townships.

He said once the first phase of this project would have been implemented, there would be online learning materials, which would subsequently reduce learning deficiencies in schools.

Another SALCAB’s partner, Mahmoud Idriss, CEO of Niche-Technologies, said it takes vision and sense of purpose for SALCAB to embark on such project, noting that when this project would have been implemented, what’s happening in the physical forms would be put into digital ones for students to learn faster.

He said there are some teachers and pupils who have never touched computers but would get access to such during the implementation of the project.

“Every child in this country should have access to internet connectivity. This project is only limited to Government and government-assisted schools. We would ensure that we monitor the facility once it is implemented so as to ensure its security and sustainability,” he said.

SALCAB’s Managing Director signed a memorandum of understanding (MOU) with both Afcom and Niche-Technologies in order to ensure the speedy implementation of this project.