In a commendable and appreciable move, First Lady, Her Excellency Fatima Bio on Monday 27th May 2019 displayed her love for her people during the month of Ramadan by joining the Julius Maada Bio Women’s Wing (JMBWW) to personally cook food and serve worshippers at the Sierra Leone Armed Forces headquarters in Freetown.

This act of “Iftar” (fast break) could also be related to “zakat” (almsgiving), a prerequisite for every true Muslim during the Month of Ramadan. Madam Fatima Maada Bio and the JMB women have inspired the nation to embrace the act of giving to all, irrespective of political affiliation or any other personal attachment.
In her brief statement, Fatima Maada Bio said she was very happy to see every person satisfied with the sumptuous meal that the JMBWW served.

She highlighted in clear terms that rendering alms during Ramadan demonstrates her affection for the people and added that she would obviously do the same thing for her Christian brothers and sisters during Christmas and other Christian celebrations.

The First Lady concluded that Sierra Leone is a beautiful country with unquestionable religious tolerance which other countries admire and that the new Direction Government is committed to sustaining peace and national cohesion in the country.

According to Her Excellency, she was overwhelmed and very happy to see every person satisfied with the sumptuous meal the JMBWW served. 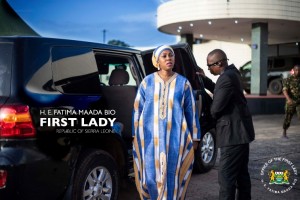 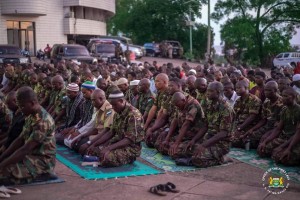 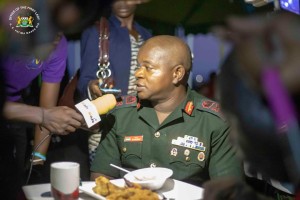 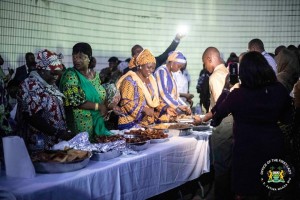 She however highlighted in clear terms that as much as she gives arms during Ramadan, is the same way she will give during Christian celebrations, as Sierra Leone is a beautiful country with unquestionable religious tolerance which other countries admire.

AMCOW Honours Fatima Bio as Champion of Sanitation and Hygiene