Malabo, 12 June 2019:  – The African Export-Import Bank (Afreximbank) yesterday in Malabo received the award for the African Bank of the Year at the African Banker Awards 2019 ceremony held on the sidelines of the Annual Meetings of the African Development Bank.

Amr Kamel, Afreximbank’s Executive Vice President for Business Development and Corporate Banking received the award on behalf of the Bank.

The award to Afreximbank was one of two big ones that went to development finance institutions as Admassu Tadesse, President of Trade Development Bank, was also named African Banker of the Year.

The organisers, in explaining the award to Afreximbank, said that, in the past 18 months, the Bank had launched a number of game-changing products. According to them, the African Bank of the Year award is presented to the bank in Africa that has demonstrated a high performance across various metrics and which has considerably changed the banking landscape by reaching out to new customers, offering new services and helping to drive growth through a stronger financial sector.

Other awards given out during the ceremony included: Central Bank Governor of the Year presented by to the awardee Tarek Amer of the Central Bank of Egypt (CBE) by Mr. Kamel; Lifetime Achievement to former First Rand Group CEO Sizwe Nxasana; African Banker Icon to Mitchell Elegbe, founder of Interswitch; Finance Minister of the Year to Romuald Wadagni of Benin; Investment Bank of the Year to Absa; and Retail Bank of the year to Ecobank.

CBE is one of the biggest beneficiaries of Afreximbank’s funded financing, especially, its Counter-Cyclical Trade Liquidity Facility under which it availed CBE financing during the recent economic reforms in Egypt.

The African Banker Awards, organized annually by IC Publications, celebrate excellence in banking and finance on the African continent.

The awards ceremony was preceded by a cocktail reception hosted by Afreximbank.

About Afreximbank: The African Export-Import Bank (Afreximbank) is the foremost pan-African multilateral financial institution devoted to financing and promoting intra- and extra-African trade. The Bank was established in October 1993 by African governments, African private and institutional investors, and non-African investors. Its two basic constitutive documents are the Establishment Agreement, which gives it the status of an international organization, and the Charter, which governs its corporate structure and operations. Since 1994, it has approved more than $67 billion in credit facilities for African businesses, including $7.2 billion in 2018. Afreximbank had total assets of $13.4 billion as at 31 December 2018. It is rated BBB+ (GCR), Baa1 (Moody’s), and BBB- (Fitch). The Bank is headquartered in Cairo. 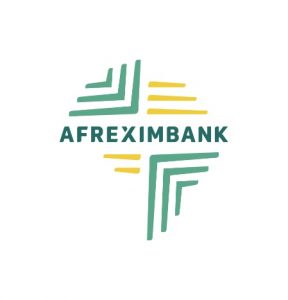