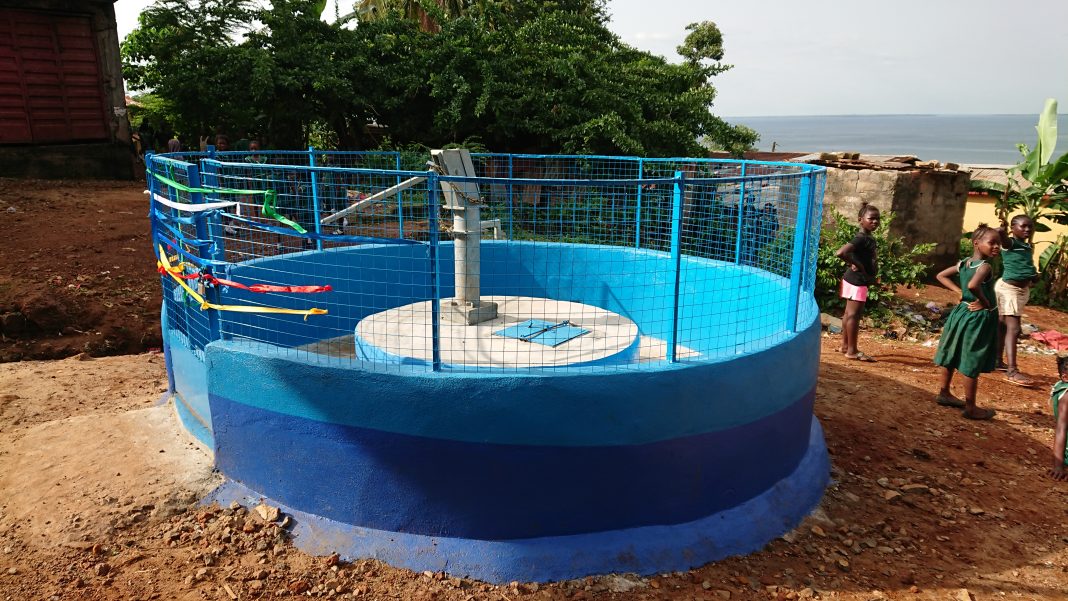 During the official commissioning of Sierra Leone Brewery’s latest contribution to the development of communities in Constituency 115 under the company’s Post Ebola Water and Sanitation projects, Brewery commissioned a hand pump water well on Wednesday  26th June, 2019 within the United Mission Church (UMC) School compound during which stakeholders and residents of the Melon Street community and its surroundings expressed delight and praised the Sierra Leone Brewery Limited for what they termed as its timely intervention that will come in handy with numerous benefits. 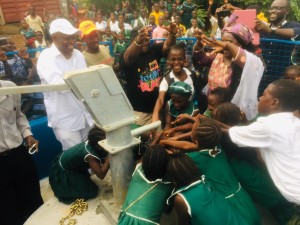 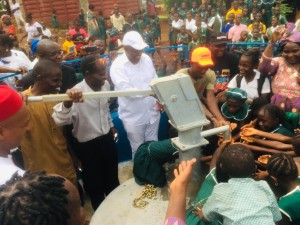 The event was graced by constituency youth, development organisations, elders, chiefs, councillors, past and present members of Parliament, religious leaders and a host of residents in the communities.

Speaking during the ceremony, Hon. Coleson Turay, who chaired the meeting, expressed his satisfaction over the developments taking place in the community by courtesy of the Sierra Leone Brewery and the Heineken Africa Foundation.

Highlighting some of the projects championed by the institution and its partners, he mentioned the water pressure project at Upper Melon Street (Tar Road Community) costing Le450 million, the rehabilitation and refurbishing of the hospital and the community centre. He noted that the company also donated equipment and medical supply to the hospital.

“Brewery also provided an ambulance for the community to address the constraints of the hospital to convey sick people from their homes to the centre and also to the main referral hospital in central Freetown,” Hon. Coleson said. He recalled other projects done by Brewery in other communities within the constituency. He stressed that the hand pump water well, though located in the school compound will benefit residents of the whole community.

In his own contribution, the contractor of the water facility stated that the SLBL and the Heineken Africa Foundation had embarked on the construction of 3 toilets in the Koya community and 3 in the Melon Street community. He added that SLBL contributions to the communities were done in line with the inputs of the communities through their various heads (Councillors, MP, Elders and all stakeholders). “What the Brewery has done has only been what the communities requested as their pressing needs,” he added.

In his brief statement, Brewery’s Corporate Affairs Manager, Albert Ojo Collier expressed his appreciation to the community and all the speakers for their candid and frank sentiments made about the institution. He updated the audience that all what the Brewery has done and is still doing is part of its Corporate Social Responsibility, which has not only been confined to their operational area, but has been rolled through-out the country in collaboration with Heineken Africa Foundation.

He stated that Brewery has expended over Le5 billion on various projects in the country in the last 8 years. He stressed that the SLBL implements water and sanitation projects to the education sector, especially identifying deprived schools in Constituency 115. He revealed that the various projects are tagged to the office of the MP for the constituency and not any particular individual.

In this case, he said, the project that is being commissioned was started by Hon. Kello, but he was unable to complete it and after the election, which was won by Hon. Alpha Bah, the project was again kick-started saying the commissioning is an indication of the relentless efforts of the MP’s office in the constituency.

Ojo Collier further explained that earlier in the day they were involved in the turning of the sod at Koya Academy Secondary School for the construction of 3 compartment VIP toilets. He stressed that all the projects undertaken by the SLBL have not been what the institution wanted for the community, but what the community wants, adding that proposals are sent to Brewery and after several consultative meetings with the stakeholders and costing by the experts, the projects are approved and implementation will commence.  He said that he is touched by the transparency of Hon. Bah and the support the SLBL is getting from the community. “We will continue to do more for the constituency,” he promised also referencing the donation of 2 ambulances to 2 community hospitals to help them in their work as Brewery is also concerned about the health of people in different communities.

In his own speech, Hon. Bah heaped praises on the SLBL for their unflinching support over the years. He also acknowledged that the Hand pump water well that is being commissioned was started by his predecessor and is now completed by him. He also maintained that development projects for communities are tagged to the offices of MPs and not any particular individual.

He called on all to embrace development and put politics aside as the time for politics is now over. He also endeavoured to make the records straight, adding that every single cent received from the Brewery or any institution is being openly disclosed to all the stakeholders in the community in his bid to maintain transparency and accountability. The water well project which has been completed cost Le79 million. He also disclosed that the Brewery and the Heineken Africa Foundation had constructed solar powered water wells in other communities in the constituency, which he witnessed and admonished the company to continue with their good work pledging his unflinching support to the Company. “If Brewery thrives, Wellington will thrive also,” Hon Bah highlighted.

The cutting of the tape during the commissioning of the water well and the unveiling of a sign board at the site of the work (United Mission Community Primary and Secondary School grounds), climaxed the ceremony.