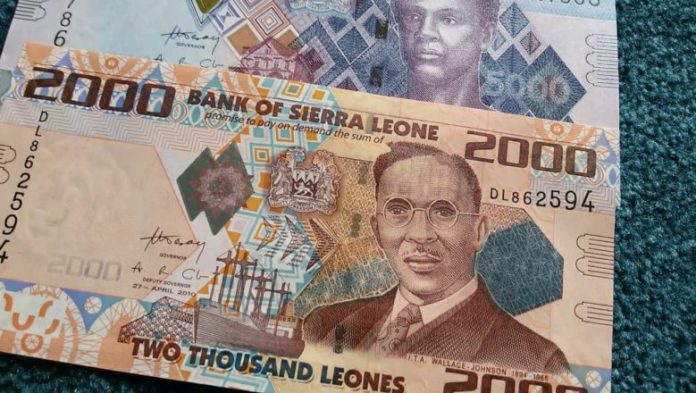 Despite a reduction in the value of the Leone during the first quarter of the year, the exchange rate of the Sierra Leonean currency remains stable, the Central Bank has said, promising a brighter future ahead in the rest of the year.

Dr. Kelfala Kallon, Governor of the Bank of Sierra Leone (BSL), was quoted on Friday saying they were expecting further improvement in the sector in light of expected increase in foreign exchange inflows following the resumption of iron ore exports.

The Governor’s assurances are contained in a statement released by the BSL in the latest Monetary Policy Statement on Thursday.

According to the statement, the Monetary Policy Committee (MPC) decided to keep all interest rates stable on the basis of analysis of current micro-economic performance, both at the global and domestic levels.

It added that the decision was also informed by a forecast of the trend in key macro-economic variables related to the bank’s core mandate of maintaining price and financial sector stability.

That was triggered by the closure of the Chinese owned Shandong Iron Ore Mining Ltd. in the face of the Ebola epidemic and fall in global market price of the commodity between 2014 and 2016.

The 55,000 tonnes of high grade iron ore concentrate was exported to China.

The company said a second shipment approximately 62,000 tonnes is expected to leave soon.

“Despite the slowdown in economic activity in the first quarter of 2019, as indicated by the composite index of economic activity, the MPC remains confident that the 2019 projected growth of 5.1 percent will materialize, largely driven by improvement in iron ore mining, agricultural production and public investment,” the BSL said.

It added: “Should any developments adversely impacts its inflationary expectations, the committee will respond appropriately.”

What Does The Cash- Hoarding Crisis In Sierra Leone Tell Us?