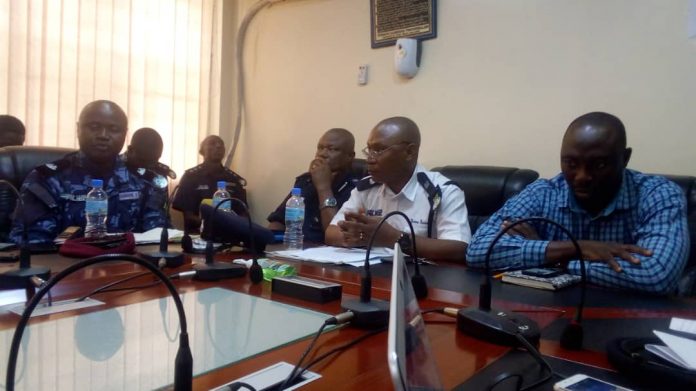 On Thursday 16th May 2019 the Sierra Leone Police raided a private residence where they arrested 31 individuals said to be engaged in exam malpractices, among them were teachers, pupils, exam supervisors and tenants.

The arrest came in the wake of a tip-off by citizens who had got wind of exam malpractices involving pupils of Sierra Leone Muslim Brotherhood Secondary School in Freetown.

Assistant Inspector General of Police, T.M Lahai told a news conference how the police got wind of the information. He said that the Local Unit Commander in charge of the jurisdiction was informed by concerned citizens that a particular unfinished house within the locality of Oniel Street was housing over 150 pupils writing their exams. AIG T.M. Lahai added that the Police during the raid discovered that 150 pupils were taking the examination away from the approved examination hall.

Explaining further, he said, the Police during the course of their investigation discovered that the pupils were asked to pay Le500,000 each in order for them to write their exams away from the examination centre.

During the operation, he continued, the Police arrested 31 people including invigilators, supervisors and 5 people claiming to be tenants within the locality. The Police also revealed that some of the items discovered in possession of the pupils included 9 mobile phones, 10 mathematical sets, 20 calculators, 15 blue shirts, 8 white shirts together with other items which are currently in possession of the Police.

AIG T.M Lahai informed journalists that the matter is still under investigation whilst the 31 people arrested are in custody helping Police with their investigations.

Akmed Ken Yokie on the Run After Police Declared Him Wanted