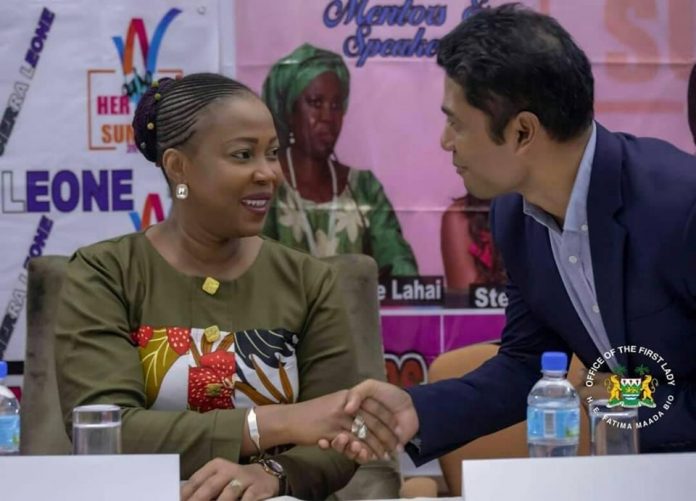 First Lady Mrs. Fatima Bio has on 26th June, 2019 honoured the invitation from Initiative for Creative Women to give a motivational speech. 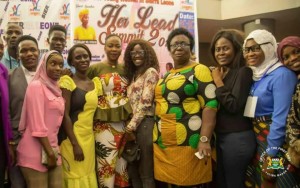 This organization is set towards empowering and encouraging women in the country to make themselves relevant in society.

In her opening remarks, the Executive Director of Initiative for Creative Women said they want to be an agent of change in their various communities. She added that their investment in transformational leadership is to inspire and equip the next generation of young women leaders in the country. “The building blocks of this organization consist of identifying Sierra Leone’s most promising emerging women leaders, enhancing their capacities and feasibilities through training, mentoring, media exposure, networking and facilitating their access to opportunities to serve humanity,” she said. She also stated that in Sierra Leone, young women are faced with several challenges while trying to exhibit their talents and little or no effort is being made to encourage these young ladies to showcase their talents.

In an outstanding presentation, Mrs. Fatima Bio clearly stated that being determined helps you to go a long way in life. She said this initiative is a welcoming one and she is pleased with the organizers. “We want to make sure that women occupy top offices and be decision makers, we can only achieve these if we speak with one and a loud voice,” the First Lady said. She also added that women who have opened initiatives for advocate for their fellow women should not relent even if there come challenges along the way

“Don’t limit your dream, dream big and don’t allow anyone to kill your dream,” Madam Bio continued by saying that when women allow people to be controlling them that’s where their dreams start to die. She said women should be able to detect what is right for them at all time.

The First Lady continued saying that women are also in the habit of pulling down their fellow women and until such unity is achieved, no progress would be gained. “As a woman, when I present myself, I present women and I believe irrespective of the fact that I’m the First Lady, people respect me because I stand for the right things and I defend it everywhere,”. she added.

The First Lady ended by saying that women should believe in themselves and must follow their dreams.

Mrs. Fatu Yumkella, Managing Director of Danam Development Consultants said that women are equal in society depending on how they treat themselves. She said that women have opportunities for making the world a better place with business ideas, creativity etc. She added that women who are place in society should create opportunities for their fellow women to be good people in society. “Women too can contribute to job creation, neighbouring Ghana have women who are placed highly in business and innovation, which are very successful for a country,” she ended.

UNFPA representative said that women are their institution’s target and they will always ensure they prioritise women. “We want to encourage women and girls to empower themselves with any little opportunity they get so as to make them self- reliant in society. She ended that they have always been against gender based violence and teenage pregnancy not only in Sierra Leone but the world at large.

Deputy Minister of Social Welfare said he has enjoyed working with a woman boss in the Ministry and their Ministry is making sure women and girls are granted opportunities as men do. He added that the New Direction has already paid attention to women and girls and it will maintain that as a way to develop human capital development in the country.

He ended by saying that effectiveness and efficiency must be part of every woman who wants to develop herself and the country.