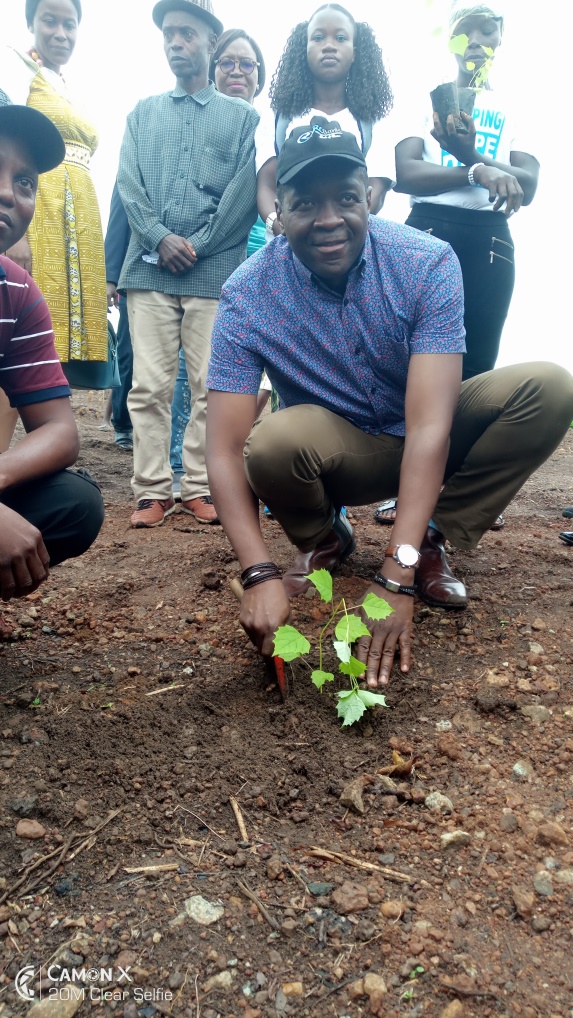 Climate change is real – and for a country like Sierra Leone, the consequences could be far reaching if we continue to neglect a looming threat. The 14th August 2016 cataclysmic landslide on Mount Sugar Loaf and the resultant flooding that sent nearly 3,000 compatriots to painful deaths lingers on. As our forest cover speedily gives way to dry savanna grassland, it is obvious we are headed for doom if affirmative action is not taken to reverse the trend. Statistics from the United Nations Food and Agricultural Organization say Sierra Leone’s forest cover is now less than 10%.

However, amid the uncertainty there is hope – hope that cannot be a better exemplified by the Rokel Commercial Bank with a new eco-friendly policy that does not only complement Government’s efforts at preserving our environment but would also blaze the trail for other corporate institutions in Sierra Leone.

The Bank is partnering with Keeping Hope Alive a local NGO to plant trees on hundreds of acres on the Bo/Masiaka Highway. The brief commissioning ceremony that took place near Petifu-Masiaka viallge in the Koya Chiefdom saw the attendance of prominent personalities like the Senior Adviser to the President, Raymond Desouza George, Paramount Chief of Koya, PC Bomboli III and representatives from the Ministry of Agriculture, Forestry and Food Security, the Environmental Protection Agency and the entire leadership of the Rokel Commercial Bank.

“We are moving towards an eco-friendly bank…our mandate is all about money from a narrow perspective of the word itself, but we have what we call corporate social responsibility, and this goes beyond monetary affairs, it goes beyond helping society and contributing to the overall developmental objectives of the government. We have taken up this particular exercise to help save our environment and invariably  improve the human development index ……we are not as relevant as we want to be if we only restrict ourselves to financial management ….we are building up a financial institution that’s going to be the pride of Sierra Leone and eventually Africa…”   said Walton Gilpin, Managing Director, Rokel Commercial Bank whose comments were re-echoed by the Chairman of the Rokel Bank Board, Buffy Bailor.

Both representatives from the Ministry of Agriculture and the Environment Protection Agency underscored the need for a paradigm shift from traditional slash and burn farming to mechanized farming as former had proven to be far more destructive to the environment.

Perhaps at that ceremony, there is no one with a better appreciation and understanding of the benefits of afforestation than the Paramount Chief of Koya who said he had not requested any monetary compensation for the land we gave to Keeping Hop Alive. “I know the importance of trees…. during our days, forests used to provide water during the dry seasons…I planted trees some years ago and I am now getting money from them,” he said.

Speaker after speaker including the Special Adviser to the President were unanimous in their endorsement of the partnership between Rokel Commercial Bank and Keeping Hope Alive in heling to save our environment.