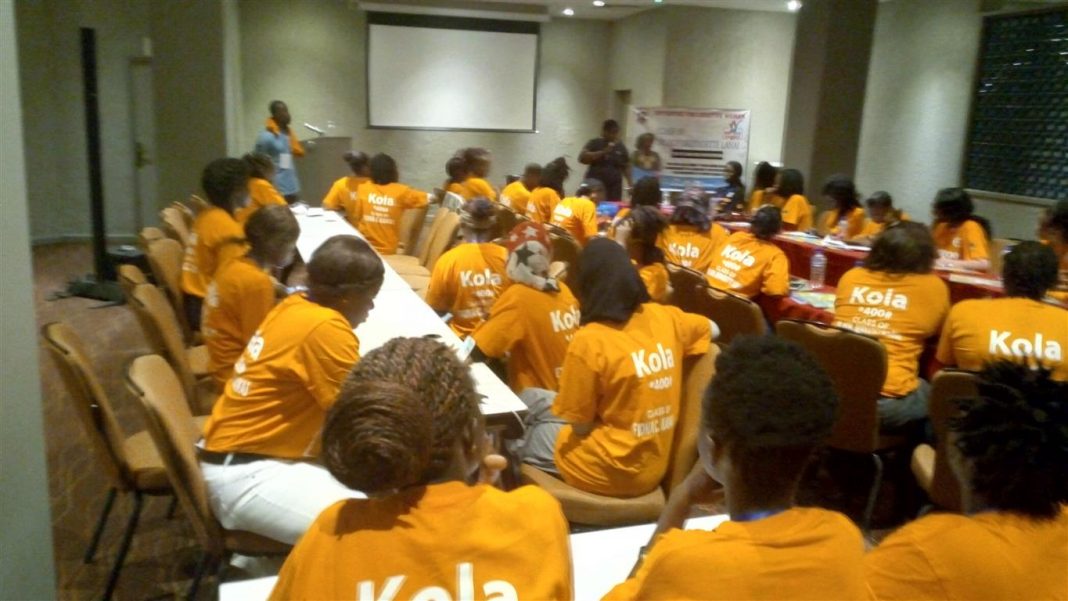 The Executive Director of the Legal Aid Board, Ms. Fatmata Claire Carlton-Hanciles has told 300 aspiring young women to believe in themselves, believe they have something to offer, strive for a good education and always be at their best regardless of the situation they find themselves.

She made these remarks while serving as a motivational speaker on the topic ‘The Role of Young Women in Achieving Gender Equality’ at the first edition of ‘Her Lead Summit 2019’ organized by Initiative for Creative Women – Sierra Leone at Radisson Blu, Mammy Yoko Hotel on Thursday, 27 June 2019.

Ms. Carlton-Hanciles encouraged the women to set high goals and never settle for less. ‘If your goals are low, you will remain at the bottom,’ she said. She then took them through her humble background which saw her proceed to the St. Edwards Secondary School and then Fourah Bay College where she studied Law. ‘I was Principal Defender at the Special Court for Sierra Leone,’ she said, adding: ‘I was the first and only Sierra Leonean to hold that position and I am currently the first Executive Director of the Legal Aid Board. You can achieve as much or even better.’

She warned against allowing themselves to be defined by their past. She also warned that they should never put themselves in a situation in which they will have to depend on others. ‘As women you can perform equally or even better than men,’ she said. ‘Do not decide to be lazy, instead identify your talent and improve on it.’

Ms. Carlton-Hanciles urged them to be assertive and confident without being disrespectful. Also, they should not look down on people. ‘You should be the kind of person everybody would feel comfortable talking to or confiding in,’ she said. ‘If you approach anger with anger and violence with violence, you will be seen as a bad person and people will shy away from you,’ she added.

She said they should stay away from abusive people and should not be party to a quarrel because people close to them are involved in it. She lamented the fact that these days young women find it normal to copy bad examples than the good ones.

To those without a college degree, she said they can make it even without one. She encouraged them to be sure of themselves and also importantly be in control of what they do. Also, they should always be at their best because people are looking at you.

Ms. Carlton-Hanciles encouraged them to take time to study and understand people. She added that they should not get stuck to a relationship which does not work for them. ‘Some partners frown at your development and will not support your efforts at developing yourself,’ she said. ‘Some will do everything at their disposal to stop you.’