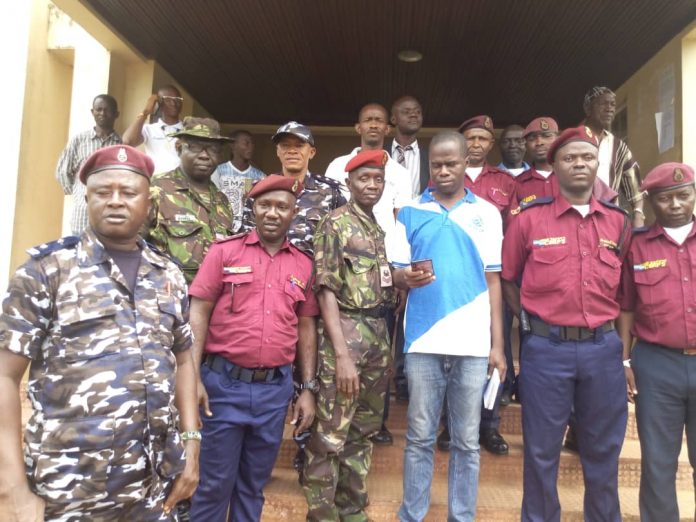 The Kenema Magistrate Court under the Jurisdiction of Magistrate Toby on Monday 1/7/2019 refused Bail to Sixteen out of the Eighteen Bike riders who allegedly attacked and damaged the office of the Sierra Leone Road Safety Authority in Kenema.

Incidents of attacks on personnel and premises of the Authority are very common in the Kenema and Kambia Districts. Many observers have expressed concern on this state of affairs and are calling for concerted effort to address this crude method by bike riders to halt the operations of the Authority.

Meanwhile, in the North-eastern District of Kambia, three commercial bike riders who violently attacked personnel of the Authority, have been found guilty by Magistrate Abdul Carew .The three accused Persons were sentenced to three months in prison with no option.