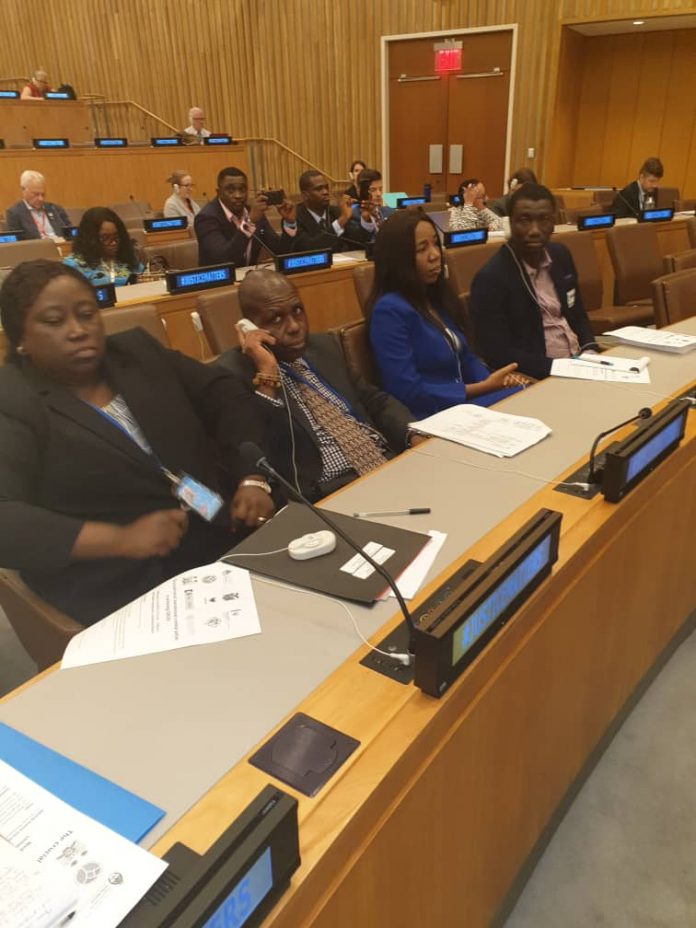 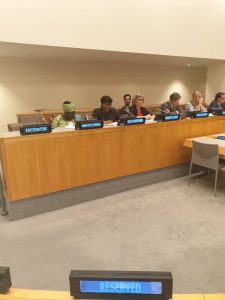 Justice Samba looked at the broader context of the Rome Statute System, the necessity for domestic implementation (especially in Sierra Leone context) and the link to the legacy of the Special Court for Sierra Leone.

‘The Legacy of the Special Court acts as an indirect driver of Sierra Leone’s commitment to implement the Sustainable Development Goal 16 and promote International Criminal Justice,’ she said, adding ‘…and there exists a necessary nexus between capacity development and the Rome Statute System for Sierra Leone and other states which is a positive and proactive complementarity.’

She noted that the Legal Aid Board started as a pilot legacy programme of the Special Court for Sierra Leone. She added that the Board seeks to promote social justice for all by protecting people’s rights, promote fair treatment and provide legal assistance to people who cannot afford the services of a lawyer.

Justice Samba said that the most telling of capacity building of the Special Court is the human resource capacity development of the Justice Sector Personnel in the country. She stressed that the hybrid character of the Special Court meant Sierra Leoneans were appointed to serve at all levels of the Court, from the Appeals Chambers (including the Presidency) to secretariat functions.

‘At the closure of the Special Court, most returned to the public service in Sierra Leone, including myself,’ she said, adding ‘The present Supreme Court of Sierra Leone is constituted by majority of Justices who served in various capacities at the Special Court. Sierra Leoneans, including my good self, served as Prosecutor and Defence Attorney at the Court; the Executive Director of the Legal Aid Board was once the Principal Defender at the Court,’ she added.

Justice Samba said the jurisprudence of the Special Court has contributed in no measure in addressing sexual and gender based violence (SGBV) in the context of International Criminal Justice. ‘This contribution has been translated into concrete efforts by the Government of Sierra Leone and Civil Society to address lingering SGBV scourge in Sierra Leone,’ Justice Samba said, adding ‘From the declaration of the now lapsed State of Public Emergency on rape and other forms of SGBV by the President, to the civil society advocacy ‘Black Tuesday Movement’, Sierra Leone continues to take action and demonstrate its abhorrence of SGBV.’