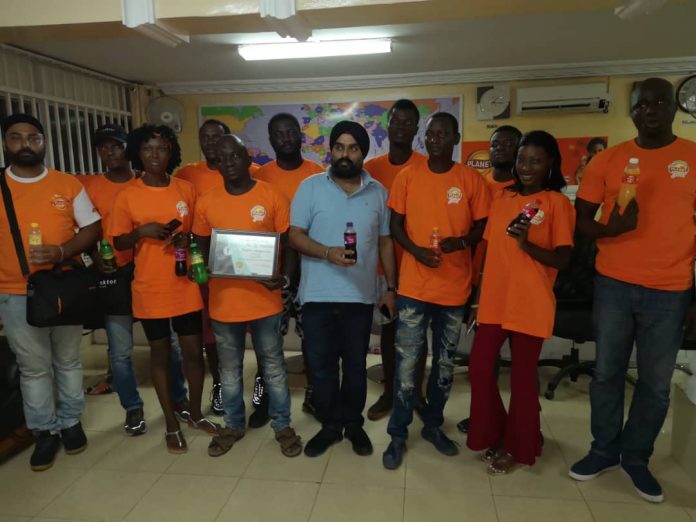 The launch came after a big partnership with the organizers of the Miss Fourah Bay College 2019.

He said that over its 30- year’s history, the American Cole brand has grown from a premium quality cola to many highly customized flavors. The one constant factor has been that American Cole beverages offer excellent taste and superior value to customers.

He went further to say planet brand encompasses a premium quality of cola and an ever increasing list of innovative flavors. The brand was initially developed for the South African market but has found a loyal following in other countries like Sierra Leone.

He ended by saying planet beverages are here to stay and they are ready to give their support to any other event as a way of fulfilling the company’s Corporate Social Responsibility.

Jacob Mansaray, organizer Miss Fourah Bay College 2019, thanked Planet Beverages for their partnership, sponsorship during their event which he said was not only important but timely adding that this partnership is just a start as they have big events to partner with them.

Mansaray, on behalf of the Miss FBC team, presented a Certificate of Appreciation to the entire Management of Planet Beverages Sierra Leone for their partnership.

He called on other companies to copy the footprints of Planet Beverages adding that they will continue to work in unison.