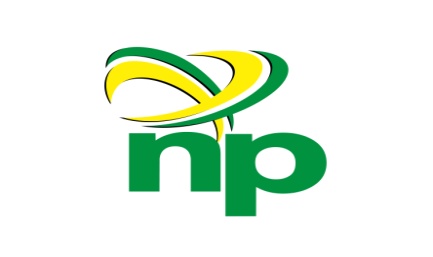 Recently, an acute fuel shortage supply which could have become a national incident was nipped in the bud by the National Petroleum Sierra Leone (NP-SL) following discussions with the government and other relevant stakeholders.

NP-SL once again demonstrated that it puts country first before self or profit as the discussions were fruitful and ended in a win-win situation.

Without any iota of doubt National Petroleum Company (NP-SL) is indeed Sierra Leone’s premier petroleum company, which is generally described as the major petroleum company that is greatly contributing towards reducing poverty by putting money into both the coffers of the Government and pockets of its numerous employees, thus making it possible for thousands of dependents to take care of socio-economic responsibilities.

At the same time, the National Petroleum Company of Sierra Leone is being extolled for being very particular and consistent in providing very high quality grades of petrol, diesel and kerosene.

This is one major reason why the National Petroleum (NP) Sierra Leone Limited is always held in very high esteem.

It is noted that in order to keep abreast with latest international technological trends, the National Petroleum Sierra Leone (NP-SL) recently introduced for its customers the opportunity to use Smart Cards to purchase petroleum and other goods; meaning that buyers could top-up their cards to the tune of any amount which they can then use intermittently to procure petroleum products. This has made it convenient for easy transactions to be made and many customers are very comfortable with this arrangement.

The company is on record for remarkable service delivery to its numerous customers both within and out of the country at its various unique state-of-the-art filling stations where they  are providing timely services for which it has been rated as one of the most successful indigenous business entities that  always ensures it lives up to expectation. .

Management of NP places premium on offering the best geared towards giving value for money.

Most importantly, NP considers its customers of different categories to be paramount treating them with all the attention they deserve.  Indeed, this assertion has been unchallenged against the backdrop that the company has never faltered in its obligation.

It is an indisputable fact that human existence would have been difficult in the absence of fuel which is why the relevance of NP cannot in any way be underrated.

The result-oriented business entity has been offering jobs to different class of people complementing Government’s efforts in doing so simply because the private sector could play a vital role in that direction.

NP is widely known for facilitating safer and cleaner means of cooking. NP Gas Cooker are now household commodities which are affordable and readily available in all their outlets nationwide.

When we talk of an indigenous company that has put smiles on the faces of Sierra Leoneans and is making the people of this country very proud, the National Petroleum Company stands taller than the rest! For a company to move beyond the shores of this country and establish branches in Liberia, Guinea, Ivory Coast and The Gambia which are vibrantly operating is no mean feat. Indeed, NP has added another feather to its cap and is being copiously praised for such an accomplishment.NP-SL Ltd. is doing exceptionally well in all the countries it is operating and indeed there are prospects for further expansion.

It can therefore be justifiably stated that the National Petroleum Sierra Leone Limited is the country’s reliable fuel provider as it always ensures that its stockpile is always at an appreciable level.

despite the challenges it is currently grappling with it is steadily make commendable strides that will benefit the majority.