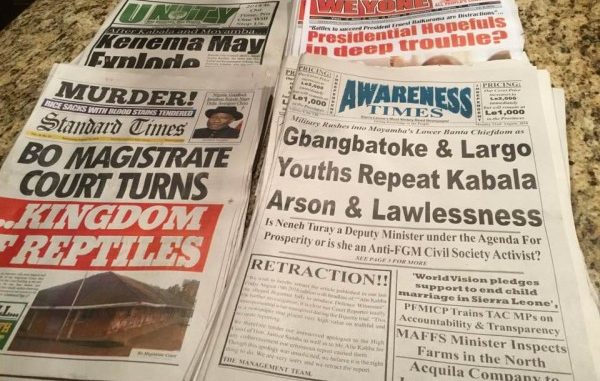 Media has a very big role to play in a democracy and its stature is in no way less than that of politicians. Hence it is rightly called the Fourth Pillar of Democracy i.e. The Fourth Estate. Media is often referred to as the fourth branch of government because of the power they wield and the oversight function they exercise. It is through media that people become aware of many aspects of life of which they are normally ignorant.

Democracy which is a system of government in which all the people of a country can vote to elect their representatives is meaningless without a free, neutral and active media because it plays a very important role in shaping human minds, have a big role in contributing to the economic and political development of citizens in any country in the world. It creates a broad range of information and communication to stimulate citizens on the various developmental issues in their country.

Media is an important factor in promoting democracy and the rule of law only if it will be given the opportunity of freedom of expression and to deliver messages to the people without being oppressed or intimidated by the authorities of the respective countries or any entities that have the authority to prevent information from the people.

As such, prevention of access to information to citizens is a violation of human rights. A free country requires its citizens to get information and communication on the development issues of their respective countries, to promote democracy, good governance and law enforcement. Media is the key to removing citizens from the poorest of poverty and putting them into the economic development.

Media plays a crucial role in shaping a healthy democracy. It is the backbone of a democracy. Media makes us aware of various social, political and economic activities happening around the world. It is like a mirror, which shows us or strives to show us the bare truth and harsh realities of life.

In Sierra Leone, since the 1990s, the media has evolved to become more active. It is through the media that politicians are reminded about their unfulfilled promises at the time of elections. Media coverage during elections helps people, especially illiterates, in electing the right person to the power. This reminder compels politicians to abide by their promises in order to remain in power.

Television and radio have made significant achievements in educating rural illiterate masses and making them aware of all the events that are taking place in their language. Coverage of exploitative malpractices of village heads and moneylenders has helped bring stringent actions upon them by attracting the government’s attention.

The media also exposes the loopholes in the democratic system, which ultimately helps the government to fill the vacuums of these loopholes and to make the system more accountable, responsive and citizen-friendly. A democracy without media is like a vehicle without wheels.

As such, the protection of freedom of information and human rights is a means of bringing about improved governance. However, in many countries in Africa there are nonetheless severe obstacles to their performance of this role.

Radio is often particularly important in rural areas, and among people not literate, whereas newspapers are expensive to run and can be subject to government censorship or indirect pressures over matters such as the supply of newsprint. In countries like Mozambique, the media were assigned a political role as agents of mobilization. In South Africa, although restrictions have been eased, newspapers still retain a high degree of self-censorship.