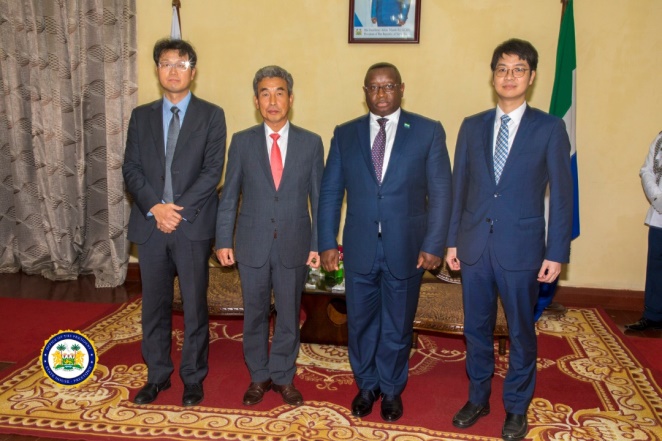 State House – Thursday 20 June, 2019: ambassador designates from Poland and South Korea and the High Commissioner-designate from the Republic of Uganda have presented their letters of credence to President Julius Maada Bio at State House.

Poland Ambassador, Joanna Tarnawska, said she was honoured to present her letters of credence and to represent her country in Sierra Leone. She expressed her sincere gratitude for the warm welcome she received. She added that Poland is present in Sierra Leone through the Polish Catholic Missionaries who run schools in the country.

She went on to state that Sierra Leone is a country with a unique and fascinating history marked by hardship and heroic struggles just like the history of Poland; but is also blessed with citizens committed to their motherland.

She further said that this made her see the common ideas of the two nations even though they are miles apart in terms of geographical location but close in terms of values.

Ambassador from Korea, In-Tee Lee, congratulated President Bio for the tremendous progress made under the New Direction. He said the country was witnessing impressive success in restoring peace and security and in rebuilding the economy.

He said South Korea had always stood with Sierra Leone since the establishment of diplomatic ties over five decades ago and expressed optimism that the ties would be further strengthened during his tenure in the country. 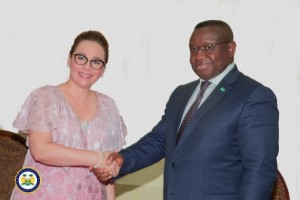 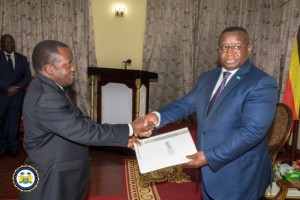 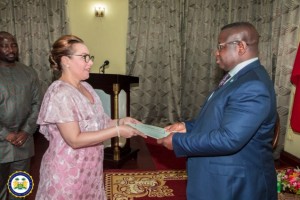 High Commissioner from Uganda, Nelson Ochege, said Uganda and Sierra Leone enjoy cultural and bilateral relations, adding that he hopes to deepen the cooperation during his time in the country. He said in expanding the relationship between the two countries, he has been mandated by his government to focus on political and diplomatic consultation on all issues of mutual interest including regional reintegration.