The Sierra Leone Premier League Board presented trophies for the 2018/2019 Premier League to His Excellency President Julius Maada Bio at a meeting held at State House.

Chairman of the Premier League Board, Emmanuel Saffa Abdulai, said they were meeting with the President to formally present to him the premier league trophies courtesy of the fact that the Premier League Board got substantial support from the Government, out of which they were able to organize the league as well as procure the trophies. He added that it was essential to present the trophies to the President as a show of respect and because of the President’s personal commitment to revive football.

“We want to thank Government very much for supporting us. At the time we were appointed we were scrambling all over the place looking for money but thankfully you came to our aid and we have been making good use of what we got. The league has created quite a number of jobs for young people. Different leagues are being played right across the country and we believe it is the beginning of a fruitful journey,” Emmanuel Saffa Abdulai said.

In his response, President Bio thanked the Board for all the amount of work placed in organizing the league and how well they had been able to organize it. He recalled that before the league started everyone thought football was dead but the Board was able to take up the challenge and had proven that Sierra Leoneans were able to actually organize themselves. 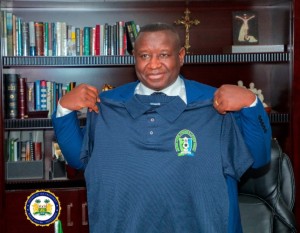 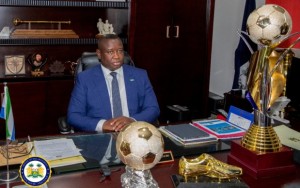 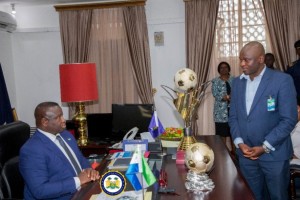 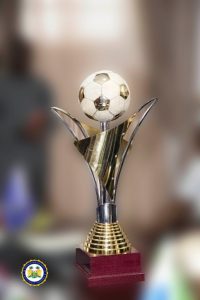