The Sierra Leone Association of Journalists (SLAJ) held its Triennial General Meeting at the Golden Tulip Hotel at Aberdeen in the West End of Freetown with the theme ‘Social media and the Future of Journalism in Sierra Leone’ from the 12th July to 13th July 2019 .

On the last day of the meeting, an election was conducted during which paid up SLAJ members from all over the country cast their votes for the candidates of their choice.

The atmosphere was highly charged and the moment was tense as journalists lined up to vote but impressively the whole process was very peaceful as there was no iota of violence that marred the elections.

There was a lot of fun, last minute campaigns were taking place right there on the ground, as journalists were seen cracking jokes, throwing taunts were as some were standing in small circles guessing, within the context of predicting the outcome of the election.

SLAJ has over the years turned out to be a very formidable pressure group which is always at the forefront to agitate for social justice, equality, widening of the political space, gender parity among a host of others.

It is for the simple fact that being the gatekeeper Governments have considered the Fourth Estate to be a force to reckon with.

The Fourth Estate plays key roles in the areas of informing, educating and entertaining the populace on important issues ranging from politics, economics, social matters, the environment and other areas.

Today, the social media has become very popular and now an accessible platform to capture a variety of news items but the only snag is that some individuals are misusing it to cause mischief.

The media can influence change in society but journalists must act professionally while practicing the trade in order to avoid defaming unassuming individuals. This is why it is of essence for the creation of opportunities for journalists to be taken through training programs in order to avail them the leeway to imbibe basic skills and techniques to perform professionally.

The newly elected President of the Sierra Leone Association of Journalists, Ahmed Sahid Nasralla (De Monk) has promised to be President for all SLAJ members and not a faction of the association.

He made this statement while delivering his victory speech at the just concluded SLAJ Presidential Elections at Golden Tulip in Freetown.

President Nasralla secured 253 votes beating Mustapha Sesay who polled 69. Political Analysts described this as a ‘Tsunami’ for the minority.

“Thank you all for voting me as your president for the next three years. I assure you I will not disappoint this confidence you have reposed in me”, the President noted.

“For those who do not have that confidence in me, I say thank you also. I assure you I will surprise you. I now have your mandate. I will be president for all SLAJ members, not a SLAJ faction”.

He congratulated his colleague candidate, Mustapha M K Sesay for sparring with him in this contest in a civil manner. President Nasralla ended by thanking the Kelvin Lewis Executive. 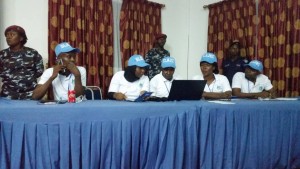 After the jubilation, celebrations die down it is expected that this new SLAJ Executive will positively champion the interests of journalists and solidly address burning issues one of which borders on welfare and repeal of Part V of the 1965 Public Order Act that criminalizes libel and sedition.

President Bio commits to free, fair elections in meeting with President Biden at the White House