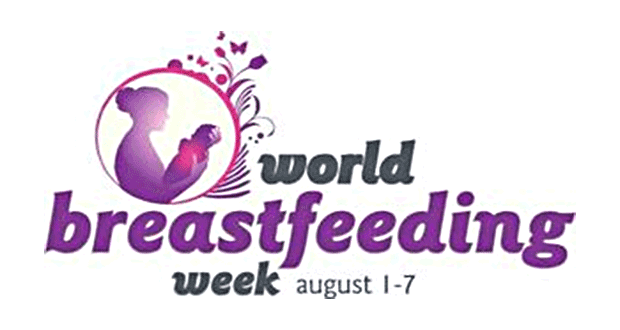 As the first week of August (1st – 7th) marks World Breastfeeding Week, the Ministry of Health and Sanitation and its partners have called on husbands and male partners to support their wives and female partners to exclusively breastfeed their suckling children, as breast milk is not only the nutritional foundation necessary for healthy growth and development of the child, but also maintains the health of both the mother and child.

The call was made at a press briefing on the celebration of World Breastfeeding Week at the MoHS conference hall at Youyi Building in Freetown on Wednesday 30th July.

In his opening statement, Chief Medical Officer, Dr. Amara Jambai, said that if breast feeding is done well it will improve the wellbeing of the child and the mother. Dr. Jambai continued that we live in harsh environment and if a child is exclusively breastfed the child is given the opportunity to be healthy and strong enough to thrive in the next generation. He called on husbands & male partners to support their wives and female partners to exclusively breastfeed their children, as their support will play a key role in ensuring that their children are properly and exclusively breastfed.

He further urged family members, friends, neighbours, religious leaders and grandmothers to support suckling mothers to breastfeed their children, as it takes a whole community to raise a child.

“The World Breast Feeding week does not only stop at the press briefing, but a week-long celebration with series of awareness raising and other activities” stated Dr. Jambai

Director at the Directorate of Food and Nutrition, Aminata Shamit Koroma noted that there is need to promote and protect breast feeding in the country and that is the more reason the theme for this year’s celebration is “Empower Parents; Enable Breastfeeding” and that there is need for team work to ensure that our children are exclusively breastfed, of which husbands and partners have a pivotal role.

She stressed that, when they talk about exclusive breastfeed, they actually mean breast milk only for the child until six month after birth, not even water. She also said that they were also promoting that babies should be put to breast within 1 hour of birth.

She also urged that we need to work harder to achieve the 80% set target goal of exclusive breastfeeding to be achieved in 2030.

She also said that 80% of mothers’ breast feed, but do not exclusively breastfeed. This she noted would impact the country of reaching her global target of 80% exclusive breastfeeding benchmark.

UNICEF Country Representative to Sierra Leone, Mohamed Al-Bashir Ibrahim, who spoke on behalf of the UN Family said that breastfeeding is not only a biological process, but also a socio economic investment, which he noted, should be tapped into.

Mr. Bashir continued to state that higher breastfeeding rate can reduce long time cost and burden to government and there is no industry that can produce breast milk. Breastmilk is a nutritional food for young children” Mr. Al-Bashir stressed.

He ended by saying that Sierra Leone has made tremendous progress in the area of breastfeeding, but there however barriers to exclusive breastfeed that need to be addressed.