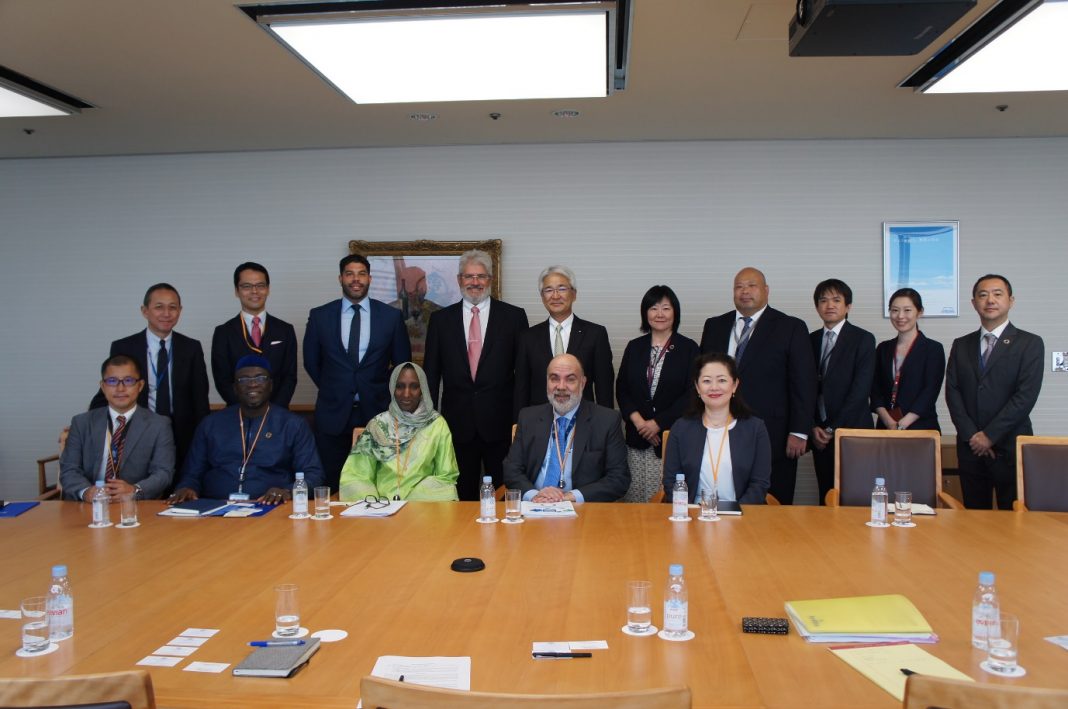 The agreement stresses the need for Sierra Leonean youth to acquire the skills needed for the local labour market through Technical Vocational Education and Training (TVET), especially in agriculture and machine maintenance. TVET training materials will be developed by both parties.

“When opportunity, especially to go abroad, is presented, most young people seize it because they presume, they do not have better alternatives at home,” explained Sanusi Savage, Head of the IOM Office in Sierra Leone.

Sierra Tropical Limited was established earlier this year by Japan’s Itochu corporation, which acquired holdings of Dole Foods, one of the world’s oldest commercial growers of tropical fruits, especially pineapple. Itochu has announced it will contribute to the development of the local community through the business. Itochu’s plan to begin commercial production of pineapples in the Republic of Sierra Leone follows similar holdings the company operates in Thailand and the Philippines.

Itochu has already started test production of pineapples in Sierra Leone and aspires to commence full-scale commercial production as soon as it can.

Earlier this summer Itochu signaled its plans for human resources development with IOM. Its Sierra Tropical unit plans to increase job opportunities through the business, starting in the Bo District in the Southern Province of Sierra Leone.

In April this year, IOM launched the project Reducing the Risk of Irregular Migration through Promotion of Youth Employment and Entrepreneurship in Sierra Leone.

The new project, which is funded by the Government of Japan, will contribute to youth and women’s empowerment through vocational and entrepreneurship skills training with private companies, mainly, Sierra Tropical Limited.

In 2017 and 2018, IOM assisted 1,492 stranded Sierra Leoneans with voluntary return along the main African migration routes.

Sierra Leone has one of the highest youth unemployment rates in Africa, indeed in the entire world. Nearly two in three youths in the country are unemployed or underemployed. This reality pushes thousands each year to seek work abroad, often through irregular routes.