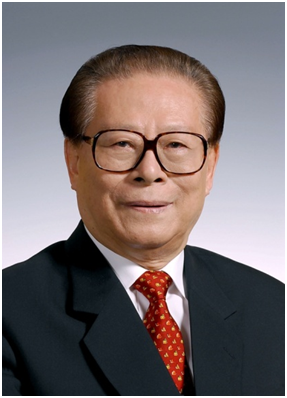 As Sierra Leone mourns the passing away of the former President of the People’s Republic of China, Jiang Zemin, we recall that he has been more than a father and a friend to Sierra Leone in particular, the African continent in general and the world as a whole.

It was on June 1, 1999, when the late President Jiang Zemin held talks with Sierra Leone’s late President Ahmad Tejan Kabbah. The two great men exchanged views on promoting bilateral relations and issues of common concern between the two nations.

Since the establishment of diplomatic relations between China and Sierra Leone, the two countries have carried out fruitful cooperation in the fields of politics, economy, military, culture, and health, and have supported and cooperated closely with each other in international affairs.

We must state here reverently that, the late President Jiang Zemin was an outstanding leader enjoying high prestige acknowledged by the whole of China and the world at large. He was a great proletarian revolutionary, statesman, military strategist and diplomat; a long-tested communist fighter, and an outstanding leader of the great cause of socialism with Chinese characteristics. He was the core of the CPC’s third generation of central collective leadership and the principal founder of the Theory of Three Represents.

It also must not be forgotten that this great former leader, the late President Jiang Zemin ever since his adolescent years, had been a diligent learner and seeker of truth. He was enlightened by patriotism and the ideas of a democratic revolution. During his college years, he established his life-long ideal and belief of working for national liberation and the people’s well-being.

It was the great Jiang Zemin who that the Chinese government will pay close attention to the development of Sierra Leone.

It is no gainsaying the fact that following the demise of this great leader, the Chinese government has spoken positively of the Sierra Leone government’s efforts to maintain the bilateral relations initiated by the great former leader.

Sierra Leoneans will never forget the congratulatory message by President Jiang Zemin when he said: “Although China and Sierra Leone are far apart, the friendship between the two peoples has a long history. Since the establishment of diplomatic relations, the two sides have carried out fruitful cooperation in a wide range of fields such as politics, economy, culture, and health. Especially in 1999 the successful visit of Sierra Leone to China has effectively promoted the development of bilateral relations. In international affairs, we trust and support each other, and we have made joint efforts to establish a fair and reasonable new international political and economic order.”

The late President Jiang was the core of the CPC’s third generation of central collective leadership. Between the late 1980s and early 1990s, severe political disturbances erupted in the international arena and in China. World socialism experienced serious twists and turns. The development of China’s socialist cause faced unprecedented difficulties and pressures.

The late President Jiang valued practice and kept pace with the times. He always grasped the trends and opportunities of the times, summing up experience and seeking new ways to advance the work of China in a down-to-earth enterprising manner.

He respected and cared for people and always paid attention to their security and well-being. His fine character and noble manner will always educate and motivate us on the way forward.

His death is an inestimable loss to Sierra Leone and Africa in general.