In order to enhance the inclusion of women in the development of tourism in the country, the Ministry of Tourism and Cultural Affairs (MTCA) and its subvented agencies in collaboration with the Ministry of Trade and Industry (MTI) and the Ministry of Social Welfare, Gender and Children Affairs (MSWGCA) has on Friday 25th October, 2019 launched the Sierra Leone United Nations Women Tourism Organization (UNWTO) Gender Women and Tourism Chapter at the Family Kingdom in Freetown.

In her address to participants, Minister of Tourism and Cultural Affairs Dr. Memunatu Pratt expressed delight that Sierra Leone has gained membership into the United Nation Women Tourism Organization (UNWTO). She revealed that this is the first year Sierra Leone has joined UNWTO and had attended the conference.

She said that there is a lot of benefits the country will gain from the United Nations Women Tourism Organization. She applauded President Rtd. Brig. Julius Maada Bio for making Tourism a priority in his New Direction manifesto.

She said the launching of the United Nations Women Tourism Organization (UNWTO) is a clear manifestation that mainstreaming gender in all sectors is no longer an option but a mandate, adding this will enhance in inclusion of more women in the tourism sector particularly when women make of the majority population of the country.

Assuring the gathering that the program is very important and it will empower more women in Sierra Leone, she called on other sectors to throw their support behind her Ministry in order to achieve its mandate.

Chairman Parliamentary Oversight Committee on Tourism and Cultural Affairs, Hon. Mohamed S. Rahman-Coker disclosed that achieving gender equity remains a challenge in Sierra Leone. According to him women and girls in Sierra Leone continue to face discrimination in the political, economic, social, cultural, civic and justices domains, adding that institutionalized inequity of women and the resultant violence they face is evident in many aspects of society.

He said that one of the recommendations of the Truth and Reconciliation Commission was that Political Parties ensure at least 30% of their candidates for public elections were women and this was also the target for the achievement of the MDGs on empowerment of women.

He noted that Parliament has recently passed the Gender Offences Act of 2019, adding that the launching of the United Nations Women Tourism Organization (UNWTO) is another milestone in the empowerment of women, which aims at enhancing women and girls’ empowerment and entrepreneurship in all aspects of tourism to foster growth and economic development as well as create platforms for opportunities and jobs.

Minister of Social Welfare Gender and Children Affairs Baindu Dassama, expressed appreciation to the Ministry of Tourism and Cultural Affairs for the initiative, which she said is a clear manifestation that mainstreaming gender in all sectors is no longer an option but indeed a mandate. She highlighted that the gender agenda is gaining momentum not only at the international and regional scene but at the local level.

She added that the launching of United Nations Women Tourism Organization (UNWTO) is fully aligned to the aspirations and beliefs of His Excellency the President Brigadier Retired Dr. Julius Maada Bio towards the promotion of gender equality and women empowerment, adding that Government has set aside resources to promote entrepreneurship in Sierra Leone

“As the Minister in charge of the National Machinery for Gender and Women, I will ensure my institution collaborates with the Tourism Ministry and Board in moving this chapter forward,” she assured. 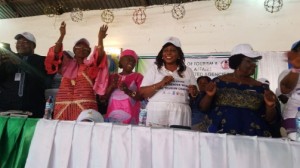 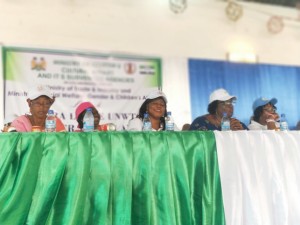 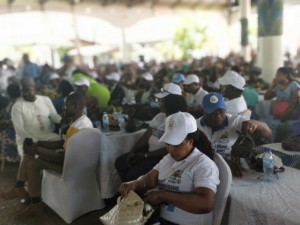