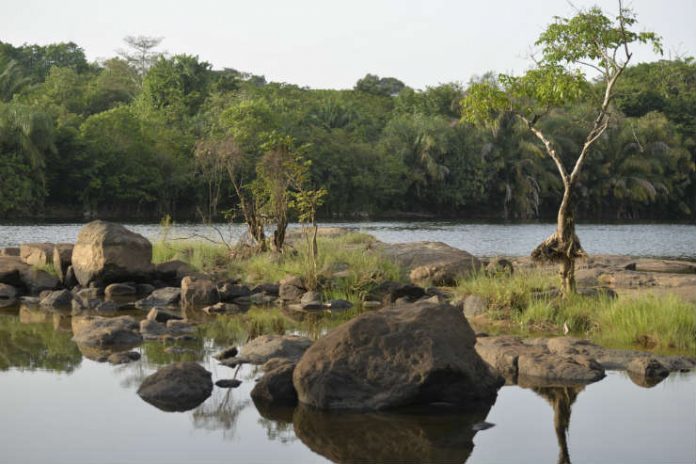 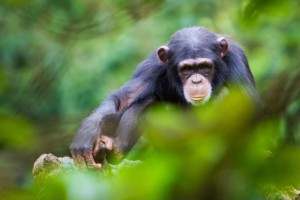 A revitalised and vibrant Sierra Leone is hoping to entice visitors with a responsible tourism focus.

Cradled feet away in the arms of Mama P, his surrogate human mother, Caesar the baby chimp toys his tufty hair before casting me a stare so cute and innocently wide-eyed that my heart squeaks.

This being Sierra Leone’s Tacugama Chimpanzee Sanctuary, though, home to 89 orphaned chimps, such arresting interactions come served with a healthy dollop of education.

“We have a moral obligation to protect the chimps – they may be extinct in 10 years,” warns my host Aram Kazandjian, Tacugama’s manager. His team is working tirelessly to protect the critically endangered western chimpanzee, from establishing new reserves and “wildlife corridors” to tackling bush-meat poaching. To help raise funds, the sanctuary offers packages in its homely onsite lodges, backed by activities such as yoga weekends and film nights. It’s all rather inspiring.

Tacugama is at the vanguard of the West African country’s attempts to develop responsible tourism in the wake of the crushing Ebola epidemic of 2014 and its earlier civil war. The government is acknowledging and backing the move, recently using the visit by renowned chimp expert Dr Jane Goodall to announce it had adopted the chimp as the new symbol for tourism.

Natural treasures feature highly in my April visit, not least the birdlife. Salone, as the country is nicknamed, is home to 640 recorded species, including the great blue turaco. Top spots include Gola Rainforest national park – where I keep an eye out for sooty mangabey monkeys, forest elephants and birds including white-necked picathartes – and meet the team aiming to raise the park’s profile through ventures such as chocolate production tours and a new hiking and biking trail.

Nearby Tiwai island, set in the Moa River and part of the same ecosystem as Gola, lays claim to the highest concentration of primates in the world, its habituated Diana monkeys being the undisputed stars. Despite overnighting on the island, they’re a no-show on my guided dawn walk, although a galago and some red colobus monkeys are among those making an appearance. My hunt for an elusive pygmy hippo on a dugout canoe trip down the Moa proves similarly fruitless, although one canoe in the convoy thinks they see a tell-tale rump melt into the forest so we claim it, feebly.

Better: Cap a tour with some beachfront luxury at The Place, a fabulous property in Tokeh, with rooms that face either the beach or the mountains.

Fairer: Money spent at attractions such as Tacugama, Tiwai and Gola helps fund eco-tourism initiatives, while community visits and stays generate direct revenue for villages such as Kambama.

Salone’s dreamy coastline is another of its chief selling points, even in frenetic capital Freetown where, come evening, I retreat to tourist-friendly Lumley Beach, a heated hub of football on the weekend and a great spot to grab a sundowner at one of the beachside bar restaurants.

Touring the coastline, however, throws up constant reminders of Sierra Leone’s dark days as a base for the slave trade, and I gain my first glimpses of its legacy offshore on the Banana islands, a tour of Dublin taking in sites such as its infamous slave pit. Nowhere evokes the country’s blighted past more than Bunce island, the former British-operated slavery outpost near Freetown. Touring the ruins of its diabolic slave fortress, where tens of thousands of Africans were sold and sailed to slave owners in the Americas before its 1808 closure, is a sobering experience.

Unsurprisingly, the subject of slavery is never far from my guided tour of Freetown either, the city owing its very foundation to Britain shipping freed slaves here from the colonies. I trace those early arrivals through landmarks such as the surviving wooden houses of the ethnic Krio population; historic stone churches; and the aged Cotton Tree by the National Museum, an early gathering point.

Climate: Tropical year-round with two main seasons – rainy (May to October) and dry (November to April).

Best time to visit: September to February. Flights: Brussels Airlines flies from Heathrow to Freetown via Brussels. Other indirect options include Air France and Royal Air Maroc.
Vaccinations: Clients must have a yellow fever certificate.

Many memorable moments come courtesy of local interactions, from joking with market traders in Makeni to chatting with locals in Kona.

Arriving at Kambama village to take a boat to Tiwai I’m engulfed by laughing, fist-bumping and high-fiving local kids before the community puts on a show of traditional music and dancing.

Later, I stumble in to the town square in Kabala where I’d gone to attend a ceremony with some elders to gain the principal chief’s blessing and to hike up Wara Wara. Here, I’m swept up in a mesmerising melee of musicians, acrobats and witch doctor illusionists.

I come away loving the place. That said, it won’t suit everyone, not least first-time Africa visitors set on easy wildlife viewing or ticking off the Big Five. Similarly, luxury-lovers are unlikely to be impressed by the accommodation in remote areas such as Tiwai. But for nature and culture-loving clients seeking authentic experiences and meaningful local interactions in the real Africa, it could well be time to get Sierra-ous.

BOOK IT: Rainbow Tours’ new 10-day Sierra Leone Made Simple tour costs from £2,795pp, including Brussels Airlines flights to Freetown and sights such as Tacugama, Bunce and Tiwai.

Sierra Leone is the Hidden Gem of African Destinations