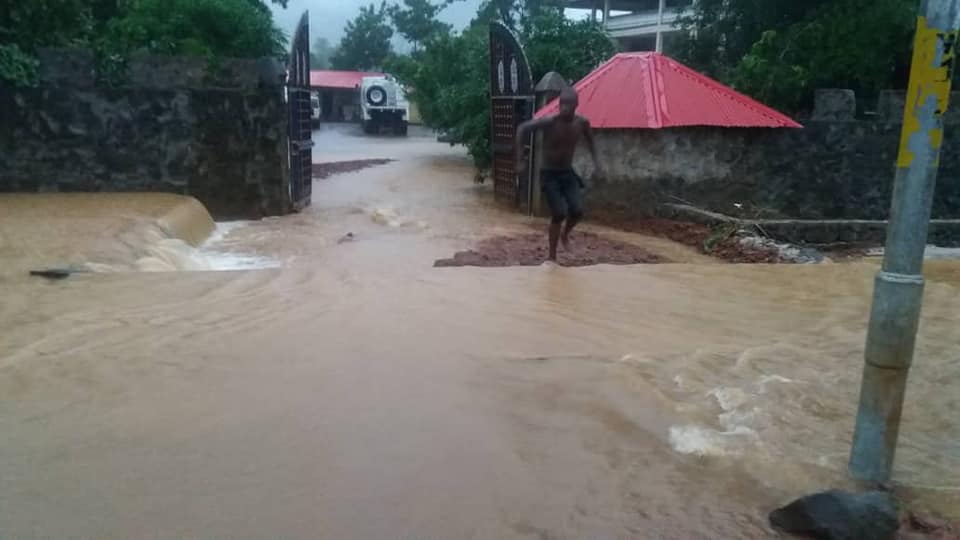 Torrential rains starting from 2nd August, 2019 have led to flooding in many parts of the Western Area of Sierra Leone including rural Tombo.

At around 23:00 GMT, the Tombo Community was overwhelmed with flooding leaving properties washing away and mud houses submerged. Hundreds of families were also left homeless and sheltered in schools and community centres.

At least 7 people were officially reported dead, although the death toll could be hire and some 5,000 people were believed to have lost their shelter in the aftermaths of the flooding in the capital. Informal settlements, including impoverished slum communities, scattered around the city and mostly built in flood or landslide prone areas, are likely the most affected and at risk of further flooding, considering the forecast rains in the coming days.

More heavy rainfall is forecast to continue across Sierra Leone during the weeks of August. This would lead to severe impact on people and damage to infrastructure, particularly in the densely populated northern area of Freetown. Madongo Town and New England are prone to localised flooding; Susan’s Bay, Lumley and Kroo Bay are prone to coastal flooding due to their location in low-lying areas and are likely to report a higher human impact as a consequence of poor shelters and dense population. Risk of mudslide is high for areas such as Regent, Leicester, Gloucester and Kissy.

Despite a current lack of information, based on previous similar disasters, it is very likely that access is constrained due to flooded roads and bridges, debris blocking roads, and poor communication networks.

The overall number of people affected and in need remain unclear until floodwaters recede, which might take few days as rains are still ongoing. There is a lack of specific information on sectoral needs at the time of writing. Because of disruption of communication lines and electricity, the full extent of the damage is still unknown.