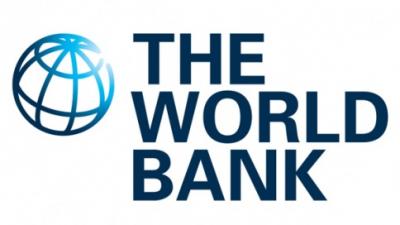 To create a capable Civil Service of the right size and job composition to deliver its core functions assigned by Government, in June 2012 the Government of Sierra Leone and World Bank signed an agreement to implement the Pay and Performance Project (PPP) for Sierra Leone.

The value of the project was US $17 million to finance the achievement of priority pay and performance reforms in the Civil Service which are needed to achieve the economic growth and poverty reduction goals of the country.

At appraisal by the World Bank in 2012, Sierra Leone’s public sector suffered a deficit in public sector capacity and performance, diagnosed as particularly severe due to a ‘missing middle.’ Specifically, the number of staff in Grades 6–10 was very limited, with only 11 percent of the total civil service workforce.

Low pay discouraged qualified candidates from entering the public. This was compounded by an unfair pay structure that resulted from:

(a) Establishment of autonomous Agencies and Commissions that performed key functions exempt from Civil Service rules,

(b) Growth of ‘outside grade’ appointees who were paid at discretionary salaries, and (c) the hiring of highly paid local technical assistants (LTAs) by development partners to support implementation of externally-financed projects.

One rationale for the project was to help strengthen the institutions and processes that were tasked with recruitment of the Civil Service, which would in turn reduce ad hoc patronage appointments.

At the time of project appraisal, large numbers of civil servants within the GoSL had been appointed under the one-party State outside of the formal recruitment process, including for reasons of patronage — not merit.

A culture of weak and opaque performance management within the Civil Service was suggested as an additional disincentive to attracting higher numbers of potential applicants. The Project Appraisal Document (PAD) mentioned a growing sense of demoralization among civil servants, given a lack of extrinsic incentives for performing their jobs well.

Against the above background, the objective of the PPP was to improve competitiveness and internal equity in pay setting, thereby enabling the Civil Service to attract and retain qualified professionals.

The GoSL’s ‘‘Multi-Year Public Sector Pay Reform Strategy (2011-2015)’’ was approved by Cabinet in February 2011. It outlined a comprehensive approach to reforming public sector pay over the five (5) year period. The Strategy recognized that remuneration should be commensurate with the responsibilities of the job, which necessitates the completion of a comprehensive Job Evaluation and grading exercise before enhanced pay is introduced in a new pay structure.

It was noted that a significant decompression of the pay structure is also needed in order to allow professionals and managers to be remunerated more competitively, while maintaining an affordable and sustainable public service wage bill in relation to GoSL‘s recurrent revenues.

The Pay Reform was intended to unify pay in Public Service by rectifying pay distortions, e.g., Civil Servants, Contract Officers, Teachers and other Public Servants by;

To attract, motivate and retain competent human capacity in the Public Service, Provide competitive remuneration, Attract and retain quality staff, Ensure value for money, Improve the performance and productivity of MDAs and individual Civil Servants; Increase Citizens’ trust and confidence in government; Strengthen the accountability of MDAs to the citizens and the Executive.