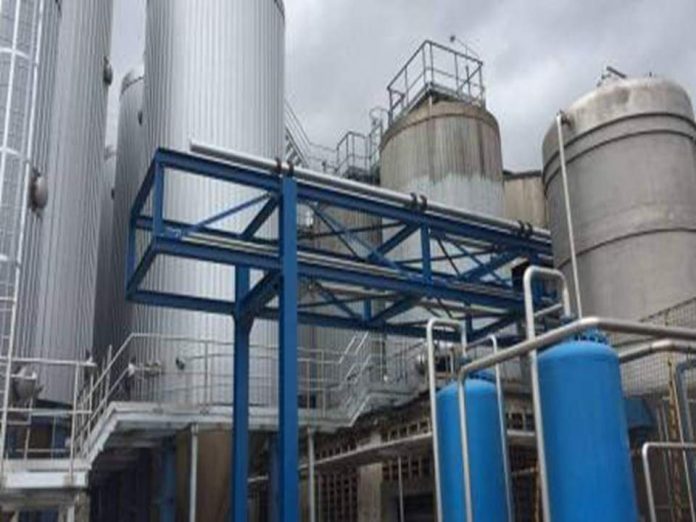 In countrywide interviews conducted by this writer alongside other news medium in order to gauge the views of the vast majority of Sierra Leoneans relating to what they think about the relevance of the Sierra Leone Brewery Limited (SLBL) vis-à-vis overall national development, what came out clearly were positive commendations for the result-oriented business entity.

Most proudly and enthusiastically expressed the view that without any iota of doubt that SLBL had and will still continue to meaningfully contribute to national growth and better still putting monies in the pockets of many, virtually improving standards of living.

SLBL is the country’s leading brewer of alcoholic and non-alcoholic beverages such as Guinness, Star Beer, Salone Beer, Mutzig, Maltina etc which are cherished by many from different walks of life. The company has been in operations from a very long period of time and over the years contributed greatly to the nation’s economy.

“There is no iota of doubt that the company is rated as one of the best and manufactures high qualitative drinks which many will agree are the favorites of Sierra Leoneans and foreigners,” Sam Pratt opined during a frank discussion in a popular entertainment spot where this medium caught up with him adding that the variety of drinks are most times sold at bottom rock prices.

In a business related discussion with distributors, who are wholesalers, the majority contacted confidently intimated that doing business with SLBL is very reliable, profitable furthering how they have provided auxiliary job opportunities for some young people within their respective localities. “I have been doing business with SLBL for over ten years and thank to the Almighty my life has been changed in the positive direction,” Brian, an established dealer informed furthering that nothing will stop him from doing business with the company.

SLBL is highly appreciated for offering employment to many youths especially those residing within the Wellington Industrial area where the company is located thereby fulfilling one of its vital Corporate Social Responsibility. Besides, the company has been widely acclaimed for facilitating various development projects and promotions that continue to considerably improve the standards of living of Sierra Leoneans.

In terms of the payment of taxes the company has been very compliant in a timely manner and such huge taxes is availing Government the necessary resources to undertake national projects in different parts of the country.

Some bar owners showered praises on SLBL for beautifying their bars through availing them appropriate furniture creating an atmosphere for customers to comfortably relax and enjoy themselves especially during the evening hours and in weekend out at beaches. “I want to doff my hat to SLBL for rolling out such an initiative which has really ease the burden on us to purchase relaxation chairs as well as tables where our esteemed customers put their drinks,” Santigie Koroma, a well-known bar owner in Waterloo expressed gratitude.

“One cannot deny the indisputable fact that SLBL is one company that has demonstrated the tendency as an entity that is here to stay for real,” Memunatu Koroma argued during a privileged conversation at a popular joint where people usually hang out in the evening hours. She went on to substantiate her stance by underscoring that SLBL recently imported modern machineries that they are currently using in its production chain and making it possible to increase productivity.

If for one thing, SLBL stands tall in empowering sorghum farmers who could be found in various parts of the provinces. Sorghum is a produce that the company is using as one of its raw materials to manufacture certain beverages. It is grown locally. “By encouraging the expansion of planting sorghum SLBL is really adhering to the country’s local content policy thereby financially empowering our local farmers,” one of the farmers asserted.

Conclusively it could be logically deduced by all estimation the Sierra Leone Brewery Limited is making major and meaningful inputs to the country’s economy and by extension it has become a major pillar to overall national development.