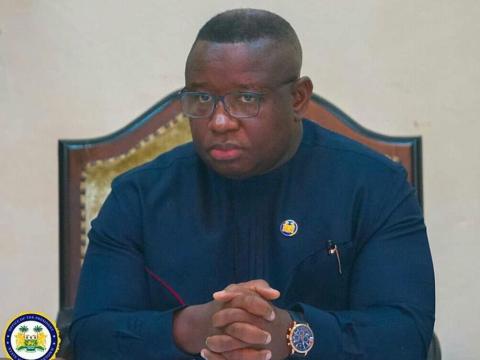 On May 19, 2020, SL Mining Limited filed a request for provisional measures against the Government of Sierra Leone at the ICSID. The generality of the motion was to obtain the immediate release from detention of employees of SL Mining and to allow the employees to return to SL MINING’s operational site in Marampa, Lunsar, Northern Sierra Leone.

Furthermore, the application requested that all criminal investigations launched against the employees be suspended. And also they requested the release of all SL Mining documents that were seized by the Sierra Leone Police.

On 28 July 2020, the International Centre for Settlement of Investment Dispute (ICSID) gave its ruling as follows: Firstly, that the tribunal wished to stress that its decision on Claimants request is based on an assessment of the facts at present. If circumstances arise which the Claimant considers impede the arbitration in any way or prevent the Claimant from presenting its case, the Claimant may submit a new application for provisional measures.

Secondly, that at the same time, the Claimant is reminded of the Tribunal’s view that legal remedies in regard to criminal investigations and bail conditions are primarily to be sought in the domestic legal order.

Thirdly, that this does, of course, not absolve the Parties from their duty to act in good faith, to refrain from taking any measures that could affect the integrity of this arbitration or aggravate the dispute and finally the Tribunal reaffirms its readiness to reassess the situation if warranted.

In terms of the decision taken so far on the matter, the Tribunal states that: The Claimant’s request to order ‘Sierra Leone to take all actions necessary to immediately suspend the criminal investigation and or proceeding’ is rejected.

That the Claimant’s request to order ‘Sierra Leone to take all actions necessary to immediately change the bail conditions for [its employees], so that they are allowed to return to the Marampa mine site’ is equally rejected.

Thirdly, however, given the legitimate concerns of the Claimant for the safety and security of its employees and its investment, the Tribunal urges Sierra Leone to convey to the authorities competent to decide on the bail conditions the Tribunal’s views in order to consider adapting the current bail conditions so as to allow the Claimant’s employees to return to the Marampa mine site.

That the Claimant’s request to order ‘Sierra Leone to return to SL Mining all documents seized on 13 May 2020’ is rejected.

However, the Tribunal specifically noted that the Respondent’s confirmation that the seized documents will remain intact and available in the present proceedings.

Furthermore, the Tribunal requested the Respondent to detail the documents seized, to make a full copy of them, to preserve the originals and to make the copies available to the Claimant and the Tribunal by 15 August 2020.

The Claimant’s request to order Respondent ‘to refrain from engaging in any conduct that may directly or indirectly affect [or otherwise jeopardize] the legal or physical integrity of any directors, shareholders, representatives, or employees of Gerald SL Mining’ as well as ‘to refrain from taking any step, action [judicial or otherwise] or other measures that would interfere with Gerald’s investment, alter the status quo ante, aggravate the dispute or threaten the integrity of the proceeding, or render ineffective any relief that this Tribunal ultimately may awards’ are rejected.

It was also stated that the Parties are reminded of their continuing duty to act in good faith during these proceedings and to refrain from taking any action that could affect the integrity of the arbitration of aggravate the dispute.

The tribunal reserves its decision on the costs of the procedure relating to the Claimant’s request for Provisional Measures to a later stage of this arbitration.