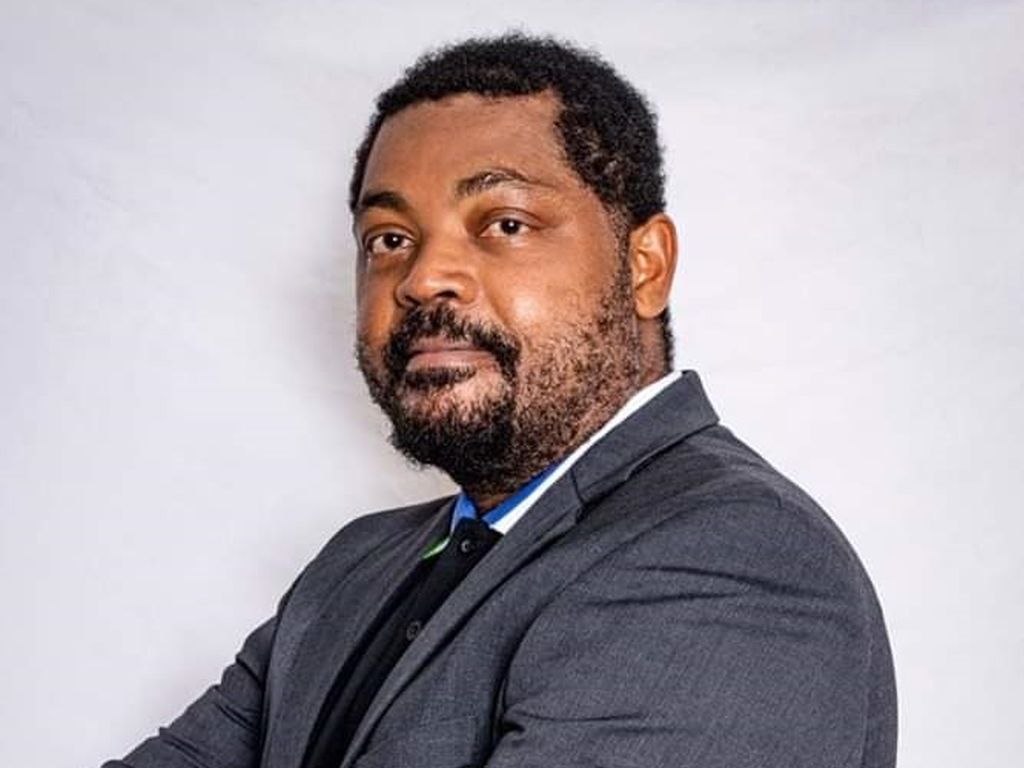 One of the incidents involved a journalist, Fayia Amara Fayia, who was allegedly beaten by personnel of the Republic of Sierra Leone Armed Forces and the National Police. The alleged incident which occurred in the eastern Kenema District was reportedly sanctioned by the Head of the Kenema District Council (KDC).

According to eye-witnesses, the incident happened in the full view of the Commanding Officer of the RSLAF 2nd Battalion in Kenema, Major Kamanda and the Kenema District Council Chairman, Mohamed ‘O’Level’ Sesay, who all seemed to support the action of the military personnel.

After his beating, Fayia was taken to the Kenema Police Station. Journalists in the township trooped to the Police station and demanded their colleague be taken to hospital as he was in a very bad shape. Fayia was then admitted at the Kenema Government Hospital in handcuffs. At the hospital, he was instantly put on a wheelchair as a result of the injuries he sustained.

On Saturday, 4th April, 2020, Fayia was whisked off to the Kenema Police Station on the pretext of only to obtain statement from him, but was held in custody afterwards. He spent the entire national lockdown under detention despite his deteriorating health condition.

On Wednesday, 8th April, 2020 the Police charged Fayia with three counts of disorderly behavior and obstruction of security services.

On Thursday, 9th April, 2020, Fayia appeared at the Kenema Magistrate Court No. 1, where he reportedly collapsed. He was subsequently granted bail in the sum of Le30 million plus two sureties; and the matter adjourned to 15th April, 2020.

In another incident, report from SLAJ Regional Executive North say Police at the Mena Police Station, five of them, mob beat journalist Stanley Sahr Jimmy, Station Manager of Wusum Radio 88.5FM in Makeni on Sunday, 5th April, 2020 at about 10:45pm. The journalist reportedly went to the police station to report an alleged break-in into his radio station. While making his report, an argument reportedly erupted between him and some of the Police Officers which allegedly resulted to his beating. He was forcefully dispossessed of his phones.

Jimmy reportedly sustained injuries to his lower abdomen, mouth and left eye. A medical report has been tendered to the CDIID while he is responding to treatment.

The umbrella body ,SLAJ, vehemently condemned the actions of the RSLAF and SLP personnel and urged both the Chief of Defence Staff (RSLAF) and Inspector General of Police to seriously look into the matter and ensure the alleged culprits are brought to book.

“This kind of attitude by our security forces is uncalled for and is worrying. Our security forces seem to have no other means of dealing with journalists other than physically assaulting them. It seems as if a key element of their training is how to beat journalists. The list of police/military assault on journalists is long. I say to security officials, if you want to fight go start a war with Liberia or Guinea; leave journalists to do their work. We are not punching bags. It’s a shame that our security forces seem to have no clue about the role of the media in our democracy. This has to stop! Enough is enough!” vehemently said SLAJ President, Ahmed Sahid Nasralla.

SLAJ has said it is closely monitoring the situation and will ensure that the journalist gets a fair trial in court, gets proper medical attention and will not rest until the alleged culprits face justice.

SLAJ, through its Regional Executive East, is making a formal complaint to the Police against Major Fofana and Co, and the Kenema District Council Chairman.

Meanwhile, SLAJ continues to call on journalists across the country to abide by the measures put in place by the authorities to combat COVID-19 and to be very cautious and self-protective during this crisis period.