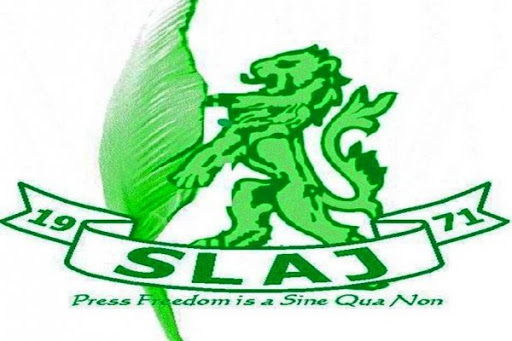 The Sierra Leone Association of Journalists Electoral Commission (SLAJEC) disqualified the Women in the Media Sierra Leone (WIMSAL) result outcome on the basis of not meeting the threshold of a credible and transparent process. This disclosure was made on Wednesday 15th April, 2020 after the Commission concluded its investigations into the entire electoral process.

The Commission noted that on the 5th December, 2019, the Sierra Leone Association of Journalists Electoral Commission (SLAJEC) received a petition from “Team Mariama Khai-Fornah” led by Aminata Finda Massaquoi in which it raised a number of concerns, most of them bordering on the voter register that was used for the conduct of the elections, and based on which the “Team” rejected the outcome of the WIM-SAL Elections held on 30th November, 2019 in Kenema City. Also contained in the organization’s petition letter has to do with  an issue with one of the SLAJEC Commissioners whom some have said should be excluded from the investigation process.

The Commission maintained that the investigation process did not go on immediately after the petition was filed because SLAJEC lacked funding to undertake the inquiry. Funding was subsequently provided by the Sierra Leone Association of Journalists (SLAJ) and the Media Reform Coordinating Group (MRCG) in the week of 16th March, 2020 following which SLAJEC conducted the inquiry by engaging persons of interest in three regional   cities and Freetown.

Underscoring its findings the Commission noted that in the Western Area pursuant to Article VII (A)(i) of the WIMSAL Constitution, “…a member other than a Public Relations Officer in any parastatal shall vote but shall not qualify for election to an executive position upon fulfillment of the following requirements:

Fully paid up members of WIMSAL must have registered with WIMSAL for at least three years before their nominations and that because it is unclear whether the three-year eligibility criterion is applicable to both registration and payment of membership dues or applicable only to registration  SLAJEC contacted the outgone President, Tiana Alpha for any interpretation.

Ms. Alpha told SLAJEC that they agreed in one of their meetings that members should pay membership dues for the three previous years or at least for two years to be eligible to vote and be voted for. That assertion was contradicted by the National Secretary General, Fatima Sesay who said that they eventually agreed that payment of one-year membership dues is enough to qualify members to vote.

The Commission noted that regardless of the contradiction between the outgone National President and the Secretary General, SLAJEC pointed out that from the available records there are  only four (4) paid up members for three years; seventeen (17)paid up  members for two years and forty-six (46) members paid for one year only. Meanwhile, all members in the Western Area that voted during that election appear to be eligible to vote and five (5) members were disqualified from voting by SLAJEC because documents could not be tendered by the WIM-SAL Secretariat in Kenema to support their membership status but were subsequently found to be eligible members.

The Commission further revealed that in the Southern Region all 31 members that voted paid their membership dues for only one year contrary to what the immediate past President said they agreed on and that the Regional Executive could not tender evidences of membership (filled membership forms) of members to prove their membership.

They also maintained that receipts issued to WIMSAL members were not done in sequence, adding that a receipt was issued to one member on 22nd November, 2019 before issuance of another receipt on 11th November, 2019 and that this is a consistent pattern of such non-sequence of dates across the receipts book, but said that the explanation given was that the dates were captured on the receipts book in a non-sequential order because they decided to use the dates on the bank slips instead of capturing the dates on which the bank slips were presented to the Financial Secretary. However, no evidence was tendered to back that claim.

And that for both the Eastern Region Twenty-one (21) members paid for a year and only two (2) members paid for two years, contrary to what the National President said was agreed on before the elections and that the Regional Executive tendered no evidences of membership (filled membership forms) to prove their membership and there were no receipts available for six (6) members who voted and Two (2) people who voted in election could not be accounted for in terms of their region and/or the media institution they are working for.

It was against such backdrop that the Commission concluded that the majority of members who voted in that election were not eligible to vote when judged against the background of the criteria for eligibility to vote, pursuant to Article VII (A) (i) of the WIMSAL Constitution couple with what the National President said was agreed on in one of their meetings and that moreover, there were no proof of evidence that the entire membership in the South and Eastern Regions are bona fide members of WIM-SAL.

“Based on those findings, SLAJEC is of the conviction that the WIM-SAL elections conducted on the 30th November, 2019 at the Albertson Hotel in Kenema City did not meet the threshold of a credible and transparent process,”the Commission disclosed.

In relation to the release by SLAJEC Team Mariama Khai Fornah’s on Friday 17th April, 2020 made their Position on a press release on the SLAJEC Report noting that on  the 5th December 2019  they petitioned the outcome of the Women in the Media Sierra Leone (WIMSAL) Elections held in November 2019 on the basis to draw the attention of The Sierra Leone Association of Journalists Electoral Commission’s (SLAJEC) to the fraudulent activities that took place during election.

The Team maintained that although the SLAJEC, upon receipt of the petition gave their team six weeks from the petitioned date to look into the report, six weeks elapsed on grounds that the parent body, Sierra Leone Association of Journalists (SLAJ) ,did not provide funding to undertake investigations into our claims. Subsequently, adding that a handing over by the outgone WIMSAL President, Tiana Alpha was done to the petitioned President even after SLAJEC had initially sanctioned that ceremony, as they were to look into the petition.

Almost two months later, SLAJEC in a public notice informed that SLAJ provided the funds to undertake the investigation and that on 15th April 2020, the Sierra Leone Association of Journalists Electoral Commission issued their report on the said petition and their team has digested the report.

The Team therefore underscored the following:

That they are satisfied with the outcome of the investigations by SLAJEC and fully endorsed the report saying they will remain committed to peace within the media landscape and would give their fullest support to maintain that peace. It was stated that they have advised their presidential candidate to ignore the electoral discrepancies and forge ahead with pursuing her personal journalistic goals, in a bid to maintain peace within the female media caucus.

They extended gratitude to all those who stood by them and believe in their vision to see that due diligence is done to the electoral process.