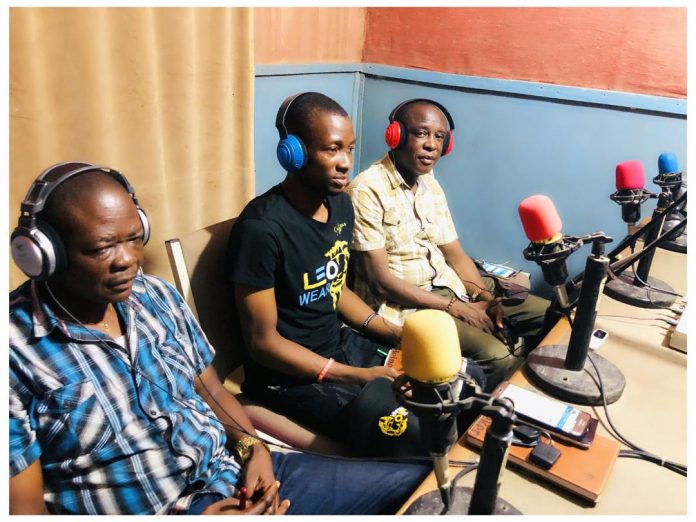 In order to continue to support the Local Content Policy and boost their local sourcing agenda, the Corporate Affairs Department of the Sierra Leone Brewery Limited (SLBL) in partnership with the Sorghum Farmers Association concluded a three-day robust sorghum cultivation campaign in Bo, Kenema and Mile 91 which started on the 13th March 2020 and ended on the 15th March 2020.

Speaking to this Press, Albert Ojo Collier, intimated that previously they conducted similar pre-harvest campaigns in some provinces in the country in a bid to encourage farmers to sell their harvest to the company and to enjoin others to go into sorghum cultivation, sell to the SLBL further underscoring how their recent tour was geared towards a local content job creation drive.

He noted that as it is now time for harvest they decided to conduct the aforementioned campaign to assure the farmers that they are ready to buy increased quantity of sorghum they have harvested, will harvest and to encourage others to come on board further assuring them of a good partnership.

The Corporate Affairs Manager further informed this medium that they were together with the Chairman of Sorghum Farmers Association, Denis Jusu, going through remote villages to contact farmers and even buy some grains through their nucleus farmers via cash purchase.

He explained how in all the places they led the campaign residents were engaged through radio discussions, holding town hall meetings, meeting Youth Farmer Groups, officials of District Councils etc.

According to Denis Jusu, “We explained to residents about the benefits farmers will derive from selling to the company, the commercial importance of growing sorghum, how to go about it and the need to be part of the Sorghum Farmers Association. The feedbacks we received during the phone-in sessions were enormous and there are indications that more people are becoming interested in sorghum cultivation.”

It is on record that for quite a considerable period of time now the relationship between SLBL and Sorghum farmers has been very cordial. As a matter of fact the partnership between the two has contributed to job creation, in the form of commercial farming, for over 25,000 Sierra Leonean farmers country-wide thereby helping towards poverty reduction. One cannot say it is an exaggeration to underpin that the standards of living of sorghum farm families has improved considerably, with cascading effects, out of what they realise after the sale of their harvested produce to SLBL.

“We are very happy with the way and manner how SLBL is empowering Sorghum farmers in the country and we are doing everything humanely possible to ensure that the mutual relationship is improved for the benefit of all and in the best interest of the country,” Chairman of the Sorghum Famers maintained.

Sorghum is one of the ingredients used by SLBL to produce some of the beverages it is manufacturing and marketing.