With the avowed aim of capacitating sorghum farmers, the country’s number one brewer of alcoholic and non-alcoholic beverages, the Sierra Leone Brewery Limited (SLBL), conducted a pre-harvest training for the farmers coupled with  an awards ceremony held to recognize the efforts of individual farmers that have demonstrated dogged commitment to growing the ingredient and sell to the Sierra Leone Brewery Limited.

The training programme was held on the 29th November 2019 in the Southern city of Bo and was organized  by the Community Revenue Enhancement Through Agricultural Technology Extension( CREATE) project team, targeting nucleus farmers and selected out growers drawn from all districts across the country.

Immediately after the training an awards ceremony was held.
The main objective of organizing the two events, as pointed out,  was geared towards broadening the knowledge base of these sorghum farmers to better position them to apply best methods on how to plant and productively harvest sorghum and at the same time reward those that did extremely well during the period under review and to further motivate them to continue to put in more efforts in their farming activities.

Prior to the commencement of the training session, farmers were taken to some of the farms to observe the stages and development of the crop due for harvest in December 2019 and January 2020. It was understood by this medium that observations made during the farm visits were channeled into the pre-harvest training coupled with factoring the modes, methods of care and productive harvest  explained by tutors from the Sierra Leone Agricultural Research Institute ( SLARI).
Registration of farmers interested to be part of the Sorghum Farmers Association was also done as part of the programme.
According to the Corporate Affairs Manager of SLBL, Albert Ojo Collier, organized trainings have covered the pre-harvest, harvest and post-harvest periods as well as look at the areas of pest control, sorghum variety improvement and on-farm demonstrations.

“This training that will soon commence is not new as we have been doing so on an annual basis and it has been paying dividends as evident in increased yields and an upsurge in the number of these farmers with new ones coming on-board,” he revealed adding that as a matter of fact SLBL has been undertaking provincial tours to sensitizes residents in places visited to plant sorghum as it is commercially viable underscoring how the trainings are very key in maintaining the relationship with these farmers.
He pointed out that in order to improve the lives of sorghum farmers, SLBL, over the years has supported these farmers with revenue generation ,capacity building/training, provision of warehouses, motor bikes and enabling them to be self-employed.

In his statement before the commencement of the training programme the Managing Director Designate of the Sierra Leone Brewery Limited, Laurent Bukasa, intimated that the day signifies a day of renewed commitment and a day that strengthens the demonstrated commitment of Sierra Leone Brewery Limited, HEINEKEN International and EUCORD (European Cooperative for Rural Development), to growing with the country and partnering with their key stakeholders for growth and development.
“As lead promoters of the development of sorghum value chain in Sierra Leone, we are organizing a training on pre-harvest and post-harvest practices to improve quality of sorghum yield every year,” he disclosed further maintaining that their Sorghum Project which started in 2005, has significantly improved the livelihoods of over 13,000 farmers and over 25,000 farmer families all over the country.”

He said, “Today, we are gathered here to make another milestone in the ongoing partnership with you our suppliers through training and recognition to six farmers in the categories of Best Sorghum farmer, Best Sorghum Supplier, and a special recognition award to a Great-Dedicated Sorghum Farmer and Marketer.”
The Managing Director continued that initially they struggled at the introduction stage to change the general low scale, lack of knowledge and low output in growing sorghum as a commercial crop.
Bukasa said over the years it has become a fruitful and successful partnership which gave the push for us to move to the next phase with the CREATE (Community Revenue Enhancement Through Agricultural Technology Extension) project.
“This particular training will aid our farmers and suppliers with adequate knowledge on pests and insects management of harvested sorghum; the importance of good storage practices; quality standard procedures for sorghum grains; quality control and management; and the best practices for successful and productive harvesting,” he underscored accompanied by thunderous applauses..

The MD continued by saying their contributions to nation building cannot be over-emphasized and it is their vision to ensure the empowerment of local farmers and promotion of the country’s agricultural system. “As we gather once again to register another milestone in the lives of our farmers, let me thank all the pioneers of this project who as a result of their hard work and dedication has nurtured this project up to such level of recognition. We have also considered the opportunity of looking into the cultivation and use of cassava as part of our local sourcing improvement drive in the coming years,” he added.

He said it is HEINEKEN’s ambition and vision to source at least 60% of its raw materials from within the African continent by 2020 in its production process. “Through local sourcing, HEINEKEN has already improved the livelihood of more than 100,000 farmer families across the African continent. This fits well into the local Content Policy of Sierra Leone and the government’s New Direction.
HEINEKEN is proud to be a leading party in the Sorghum Agricultural Extension through the CREATE project as part of the HEINEKEN International Corporate Social Responsibility policy. We want to be partners for growth in the communities in which we operate and by purchasing more Sorghum from our local communities, we will contribute directly to create wealth in the economy,” the Managing Director concluded.

During the Awards Ceremony he congratulated  all those that received awards or recognition  and expressed hope that the initiative will continue to contribute to the sustainable development of Sierra Leone, the farmers and Heineken International represented by their humble selves – Sierra Leone Brewery Limited.
It will be recalled that the Sierra Leone Brewery Limited is one of the companies that has been providing job opportunities for many Sierra Leoneans and it has been at the forefront in adhering to compliance of the Local Content Policy which aims at giving priority to indigenes with regards availing job opportunities instead of relying on foreign expatriates. By so doing it has and still helping to enhance improved standards of living complementing the efforts of governments in Sierra Leone. 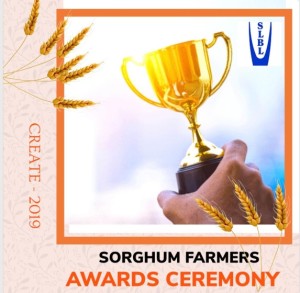 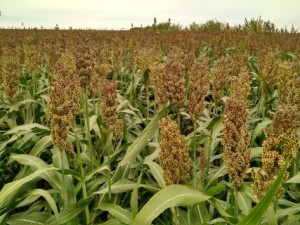 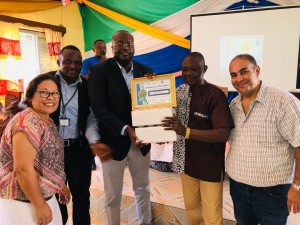 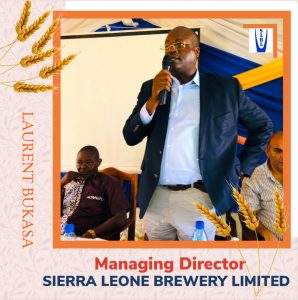