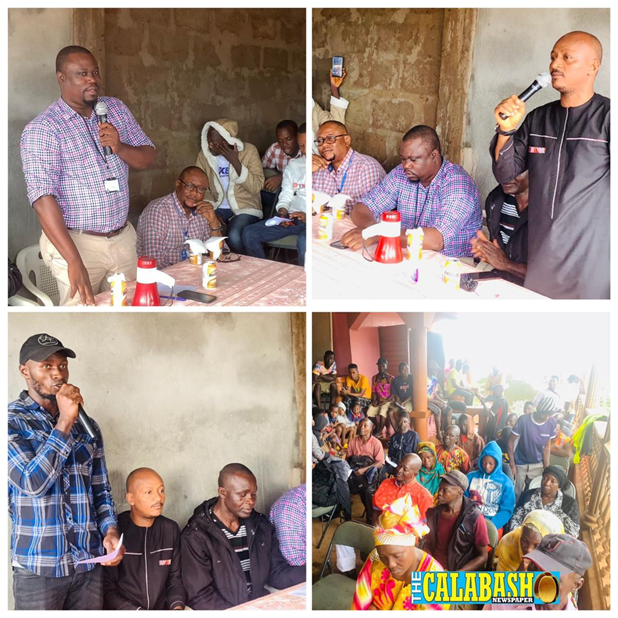 The Sierra Leone Brewery Limited (SLBL) on the 1st September 2022, facilitated the turning of the sod for the implementation of a project which is the construction of WASH facilities for residents of Constituency 115 in Wards 405 & 406 of Wellington, in the East End of Freetown.

The WASH facilities to be constructed in the Constituency will include two Water Gravity Facilities in Up Koya Town and Loko Town Communities.

He informed all present that they were approached in the past by the Member of Parliament and some community residents appealing for support to overcome a constraint most of them have been facing for far too long which is easily accessing clean water supply.

Foday Daboh added that they channeled their felt need to the Heineken Africa Foundation which approved their project proposal and decided to fund the implementation with over Eighty-Nine Euros (€89,589.5). He informed the residents that the Members of Parliament do not have access to the funds and so should not be looked up to for the resources.

“You should all play various roles to ensure that the project is completed successfully,” he enjoined and admonished the contractor to consider utilizing community labour and materials.

Foday Daboh also disclosed that over 23,000 residents, including women and children, are to benefit from the Gravity Water Supply System Project.

Hon. Alpha Bah on his part informed the audience that this will be the first mega project that he will be monitoring to ensure that they get value for money. He disclosed how he first knew about gravity water during a launching programme he attended. The Member of Parliament said everyone should clearly know that the money for the project is not meant for sharing and appealed for all to get onboard and monitor its implementation.

He profusely thanked S/L Brewery Limited for their continued support to the people of Wellington and Constituency 115 in general.

Hon. Bah noted that the project which costs the sum of € 89,589.5 ( One Billion One Hundred and Seventeen Thousand, Six Hundred and Seventy Nine Leones-Old Leones) was approved by Heineken Africa Foundation (HAF) since September 2019, but due to the outbreak of the COVID-19 Pandemic, the project was put on an hold.

The contractor, Alie Samu, assured the people and stakeholders that the project will be implemented according to the right specifications in order to ensure that the project meets it overall objective.

He informed that the project will be implemented within six months period.