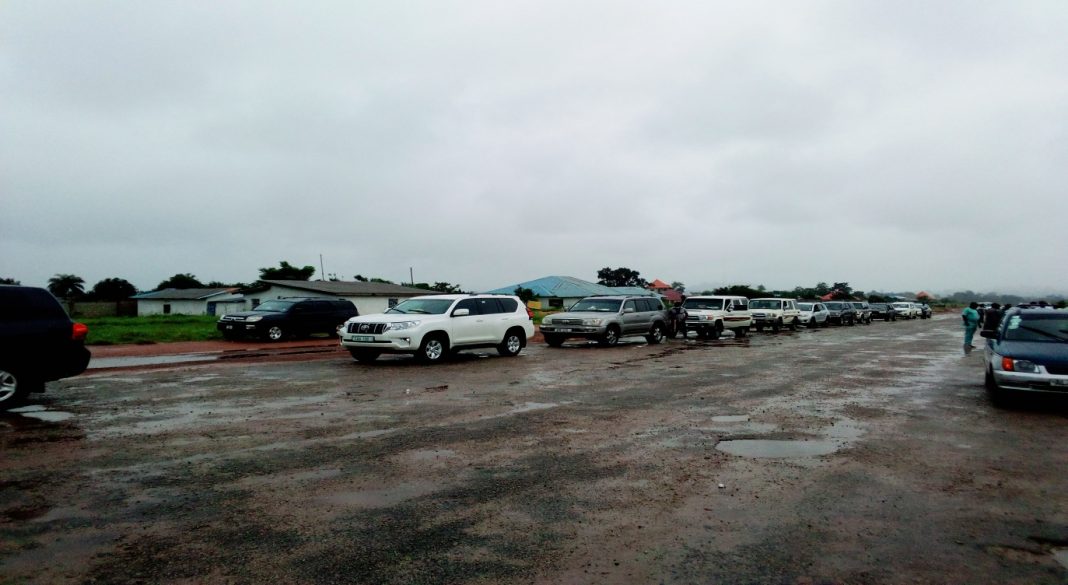 A joint consultative dialogue aimed at resuscitating the moribund Bo airfield and to further the objective of the Bio led Government has ended at the Provincial Secretary’s Office along Tikonko Road in Bo.

Making a statement, Director General, Sierra Leone Civil Aviation Authority, Tiffa Baio, said the purpose of the engagement was to inform community stakeholders about their plans to revive airport services to Bo, Kenema and Hastings.

DG Tiifa Baio stressed the importance the resuscitation of the Bo Airfield will bring to the country, noting the huge economic potentials, including tourism, job creation and opening up of the country.

Key among their mission after the engagement, according to him, was to conduct a feasibility study in order to assess the extent of damage caused to the Bo Airfield, relocation options and compensation to affected house owners with bonafide Rights of occupancy.

Minister of Lands,Dr. Denise Sandy reiterated his commitments to inject sanity into the system of land Administration in the country. He disclosed that Government, upon paying a huge sum of money to the landowning families in Bo, both Government Reservation and the Bo Airfield now becomes a bonafide asset of the Government of Sierra Leone, adding that they are in top gear to support the Sierra Leone Civil Aviation Authority for commencement of domestic flight activities in Bo.

He warned against encroachment of said areas and even disclosed plans for a massive demolition of all illegal structures along the runway.

Minister of Transport and Aviation, Hon. Moinama Kabineh Kallon, said in the interest of development, Government has decided to utilise the existing Bo Airfield, adding that decision for the commencement of work will be informed by assessment to determine the extent of encroachment.

Paramount Chief, Bo Kakua, PC Boima and the Tikonko Paramount Chief Representative present, Chief Mewa, lauded the revival of domestic flight activities in Bo and promised to support the initiative. They urged the affected house owners not to associate the move with politics, but however appealed for adequate compensation to the affected property owners along the airstrips.

The Bo Airfield was constructed by the people of Tikonko in 1940. The dwindling effects of the decade civil war and neglect for domestic air services by successive Governments paved the way for massive encroachment of the Bo Airfield.

With plans to resuscitate domestic flight activities in Bo, it was revealed after the feasibility studies that challenges hovering around runway excursion, approaching lines of runway, landing space, veering off of the runway, re-survey of the entire Bo Airfield, compensation to affected house owners, demolition of structures among others were prominently featured.

Onlookers hailed the resumption of domestic flight activities which had died out since 1996 to date. Fulfillment of this endeavour, according to them, would serve as another major milestone by the President Bio led Government, least mentioning the investment potentials it would bring to the Country’s second abandoned capital City, Bo City.