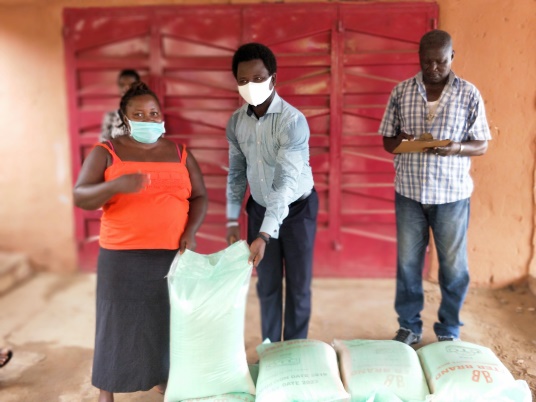 As part of their support to under privileged communities in the country, Sierra Leone Fellowship of Evangelical Students (SLEFES) has on Tuesday 18th August, 2020 donated bags of rice worth millions of Leones to residents of Aitkins Street, in Murray Town, Freetown.

Speaking during the donation, General Secretary of the Sierra Leone Fellowship of Evangelical Students (SLEFES), William Yandi Conteh, said that the gesture forms part of their COVID-19 relief support to various communities.

He disclosed that the organization was established to promote fellowship among students, to uphold the Biblical truths, to advance Bible study and Discipleship, to evangelize Sierra Leone, to train Church Workers and to do Social Ministry which, he furthered, they have been doing as an institution.

The General Secretary added that when the coronavirus breakout in the country he developed a plan to complement the efforts of Government in the fight against the spread the virus, also maintaining that as part of their support they did a sensitization video which was aired on different TV stations in the country with the aim of raising awareness relating to curtailing the spread of COVID-19 in the country.

He said as an organization they also observed that the outbreak of the COVID-19 has affected the livelihoods of Sierra Leoneans and it is against that backdrop that they decided to embark on the distribution of  bags of rice to residents in different communities, furthering that they are starting with the Murray Town community and  will be extending the gesture to other communities.

“As a responsible organization we thought it fit to do this donation on behalf of the Board and Management. We are doing so with the strong belief that such could be helpful especially at this decisive moment,” he revealed.

He also admonished all to adhere to all the precautionary measures that the Government and its partners have put in place also underscoring that it is only when strict adherence is enhanced that we could stay safe.

Receiving the donation on behalf of the community, Chairman of the Murray Town Community, Samuel Williams, expressed appreciation and gratitude to the General Secretary, the Sierra Leone Fellowship of Evangelical Students (SLEFES), William Yandi Conteh for the gesture which he described as not only important but also timely.

He said that he was contacted by the General Secretary of SLEFES to submit names of less privileged households on Aitkins Street, in Murray Town who will benefit from the donation and as such he was able to put those names together who happens to be beneficiaries of these gesture. 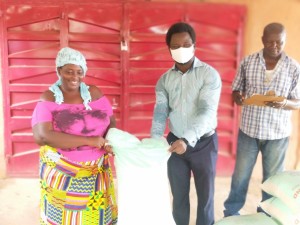 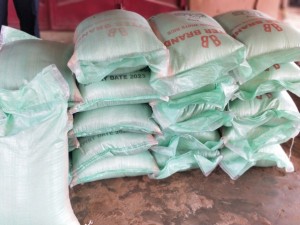