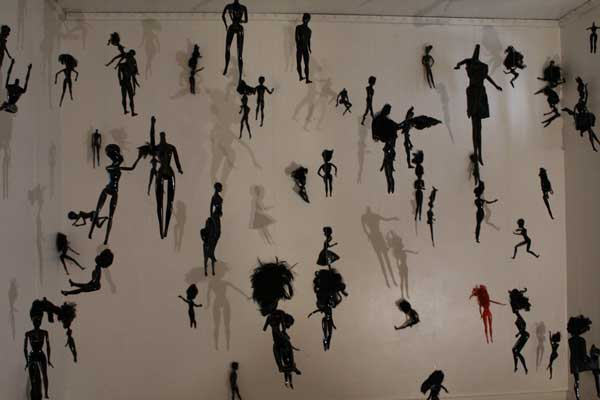 • Thousands of children and young girls were raped last year in Sierra Leone — a silent epidemic of suffering in one of the world’s poorest countries.
• According to police statistics, recorded cases of sexual and gender-based violence almost doubled last year, reaching 8,505 in a population of 7.5 million, up from 4,750 a year earlier.
• Reports of rape and the sexual penetration of minors, as child rape is legally termed, have steadily increased, according to the Freetown-based Rainbo Initiative.
• Those looking for an explanation of Sierra Leone’s rape crisis often turn to the country’s violent recent past.

“Mary” was nine years old when her childhood abruptly ended.
Three men fed her sedatives then raped her.
Her mother, who had been washing clothes in a stream near their home in Freetown, Sierra Leone’s capital, got home to find her child lying on the ground distraught, her legs and dress stained with blood.
“They put dirty clothes in my mouth and raped me,” the girl told AFP, without giving her real name.
The family reported the attack to the police and identified the rapists, but no charges were ever brought.
Thousands of children and young girls were raped last year in Sierra Leone — a silent epidemic of suffering in one of the world’s poorest countries.
According to police statistics, recorded cases of sexual and gender-based violence almost doubled last year, reaching 8,505 in a population of 7.5 million, up from 4,750 a year earlier.
And of that number, 2,579 cases — around a third — involved the rape of a minor.
But, as with the incidence of rape in almost every country, this shocking tally is almost certainly an understatement. “Mary” and her family plucked up the courage to report the crime: many do not.
“We have a culture of rape in Sierra Leone,” admitted Chernor Bah of the UN’s Global Education First Initiative at a demonstration in Freetown last month where more than 500 black-clad protesters took to the streets over violence against women.
“The rape of minors is a national problem,” rally organiser Asma James said.
“The situation is sad, selfish, barbaric and inhuman and requires all of us, women and men, to speak up.”
OUTRAGE
Just weeks before, the country had been shaken by the rape of a five-year-old girl by her 28-year-old relative.
Her attacker raped her anally, crippling her spine.
Doctors at the Aberdeen Women’s Centre in Freetown, which helps women and girls who have suffered from sexual violence and rape, said it was unlikely the child would ever be able to walk again.
The attack sparked outrage, with many people demanding that child rapists face a lifetime behind bars — calls echoed by President Julius Maada Bio himself.
“Let me be very clear: men who rape girls deserve to be jailed for life,” Bio said as his wife launched a campaign called “Hands off Our Girls”.
CHILDREN
Reports of rape and the sexual penetration of minors, as child rape is legally termed, have steadily increased, according to the Freetown-based Rainbo Initiative, which provides free medical services and counselling to victims of sexual and gender-based violence.
Figures collated by the centre show that in 2018, 76 percent of rape victims were aged 15 years or younger — including babies.
The rest of the victims were aged between 16 and 20.
And every month, an average of 149 victims fell pregnant as a result of rape.
“Children are brought to our centres in tattered clothes covered with blood stains,” executive director Daniel Kettor told reporters’.
In Freetown alone, there were 1,491 cases of sexual abuse reported between January and October 2018, with the youngest victim just seven months old and the oldest aged 85.
“Amongst the survivors, six were HIV-positive and 484 fell pregnant after being raped,” Kettor said.
Doctors at the centre examine the victims, looking for evidence of sperm specimens and blood stains around the genital area before providing them with a medical certificate which is necessary for police to open an investigation.
VIOLENT PAST
Those looking for an explanation of Sierra Leone’s rape crisis often turn to the country’s violent recent past.
During a 10-year civil war (1991-2001), thousands of women and girls were subjected to widespread and systematic sexual violence and rape, a 2003 Human Rights Watch report found.
In this pervasive environment, there has been little headway toward rooting out attitudes of sexual predation and prosecuting rapists.
“Sexual violence against women and girls is a prevalent and destructive practice that still has deep roots in the country, despite various initiatives to eliminate it,” Commissioner of Sierra Leone’s Law Reform Commission Rhoda Suffian-Kargbo Nuni told reporters’.
Many attacks go unpunished, and those that are reported often fail to end in indictments or make it through Sierra Leone’s judicial system, rights groups and police say.
Court records show that in 2018, only 26 rape cases were successfully prosecuted and led to a conviction.
COURT CASES
Some cases fail to make it to court due to a lack of adequate facilities to carry out DNA tests to secure the necessary evidence.
Others never get off the ground because the victims simply cannot afford the legal costs.
“The police have limited resources to investigate sexual and gender abuse,” says Superintendent Fatmata Daboh, who heads the Family Support Unit.
“Many cases are settled out of court or without going to trial due to the lack of a forensic science lab to prove evidence.
Sierra Leone’s Human Rights Commission in 2017 highlighted systemic failures, including “inefficiencies and corruption in the judicial system” for many cases being settled out of court or never going to trial.
TOUGHENED LAW
Legally, rape is a criminal offence which carries a jail term of between five and 15 years, according to the Sexual Offences Act of 2012 — a law that Sierra Leone reworked and toughened specifically to combat sexual predators.
But such sentences are rare.
In a high-profile case last year, a court in Freetown convicted a 56-year-old man of raping a six-year-old girl.
He got one year in jail.
The many failings have stirred anger and frustration — but also a desire for change.
“We are working on our law for strict punishment,” said Justice Minister Priscilla Schwartz. Appointed to the post in mid-2018, she too attended the protest marches.