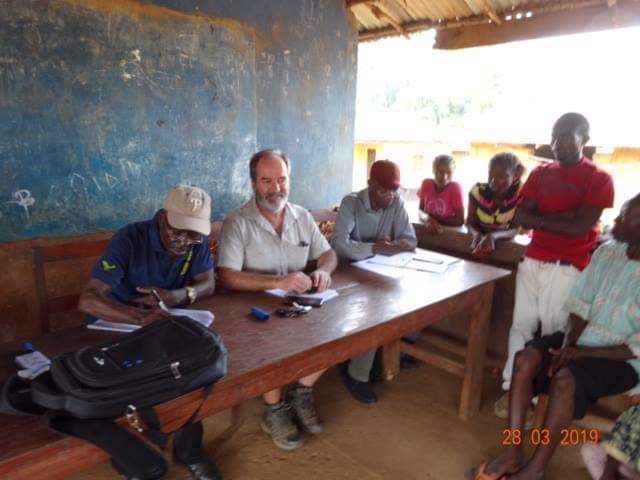 In their bid to engage land owners in their area of operations and resolve the problem of lease and rent payment once and for all, the General Manager & Community Liaison Manager have met with 23 of the 52 villages so far in the concession area where Socfin operates.

The General Manager, Philip Tonks, spoke on various issues including the importance of bringing peace to Malen, about their land lease agreements, lease payments and changes Socfin is proposing to improve the transparency. He told them that the company is lobbying with the Government for a bigger share of the lease rents it is paying, to be paid directly to the land owners. It is currently legislated that only 50% goes to the landowners and Socfin wants more money to go to the landowners.

The General Manager promised that once the verification of land owners has been made by a nominated team set up by the Technical team, Socfin is ready to open bank accounts for all land owners to ensure the money goes directly into their accounts.

The people of Malen welcomed the visits by the General and Community Liaison Managers, describing the discussions on the land and related issues as unique. They maintained that they are now ready for peace and expressed their support for Socfin’s continued operation in Malen.