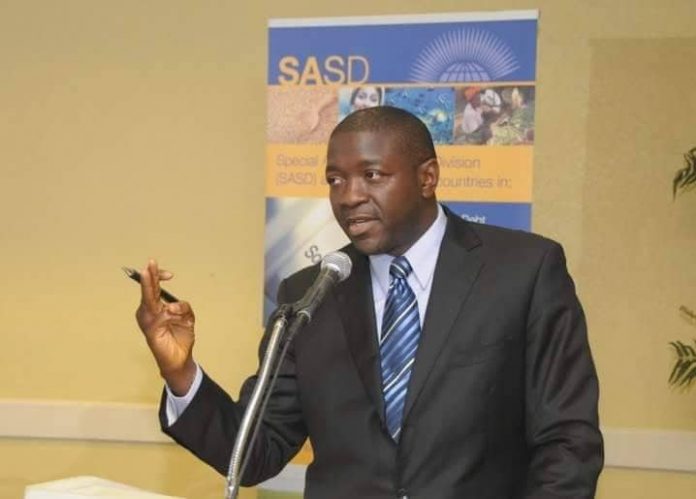 When Dr. Walton E. Gilpin assumed office in mid-2017, after his appointment as Chief Executive Officer of the Rokel Commercial Bank he posited, “My focus and interests are in developing the bank into the best banking institution in Sierra Leone and to see RC Bank grow beyond our shores.”
Prior to him heading the Bank the standing and performances of the bank for the past five years was abysmal propelling him to come with determination to inject fine initiatives that will overhaul the status quo by then.
Barely, six months when he took over affairs of the bank, the institution once again gained life and vibrancy, moved ahead to occupy an enviable position in terms of performances. Rokel Commercial Bank began to witness steady growth in fortunes, staff welfare and human capital development.
Turning things around in a positive direction became noticeable to such an extent that the customer base increased and old customers who were hesitant in depositing large sums of money into the bank began to have confidence in the bank.
It is indisputable to assert that Dr. Walton Gilpin, is one of Sierra Leone’s exemplary and sterling financial experts. He acquired his financial skills in the United Kingdom and United States of America, Africa, the Caribbean, and the South Pacific holding several professional and academic qualifications. .He is a resourceful, self-motivated and professional economist with over 27 years of practical experience in banking, economic policy management, international development, public finance management, macroeconomic analysis, consulting, development economics and public debt management.
He returned home to serve his country in 2017. It was during this time that he was spotted and appointed to head the Rokel Commercial Bank..
The financial dinosaur hails from a humble background but through hard-work he rose to become a celebrated Sierra Leonean icon.
Being a compassionate and God-fearing person he saw the necessity for philanthropic work which led him to establish the GEED FOUNDATION formed in 2008, whose thematic area is empowerment of women and children through the award of scholarships to school going pupils and supporting women in commerce and skills development. The operations of the Foundation span from Bonthe, to Waterloo Community, Western Rural Area to Masiaka and Tonkolili in the North.
Commendably, Dr. Walton Gilpin revolutionized the bank culminating in boosting the bank’s investment portfolio and had made the bank to be in the forefront in the banking industry.
One of the reforms introduced include making use of a digital technology known as “SIM KOPOR” that has indeed brought banking to the doorstep of every individual in Sierra Leone. The bank with a team of dedicated staff who were ready to work in tandem with his twin banking philosophy of “Financial Discipline and Financial Inclusiveness” had brought the bank to a record profit level which had never been achieved by the bank.
Rokel Commercial Bank, under the astute leadership of Dr Gilpin, has been engaging students in financial discourse, through debates, lectures and quiz competitions all geared towards raising financial awareness and inclusion.
Dr. Ekundayo Gilpin intimated, “my idea of banking is branchless making use of digital technology.”
He has targeted the youth and believes that Sierra Leone deserves the best in Banking and Sierra Leoneans will deliver this to Sierra Leoneans.
His introduction of SIM Korpor was the first step in this direction and the Bank believes that with this innovation, the ordinary Okada rider, trader, street hawker, student, farmer, housewife and any other person who cannot access a bank easily to save money or to transact any other business now has the opportunity to do so through the RCB SIM Korpor service which would be available across Sierra Leone.
The bank launched the digital banking app in Bonthe Island late last year Residents of Bonthe Island were extremely delighted for the introduction of this new SIM KORPOR which they believe will ease the difficulty of collecting money sent through the banking system.
The performance of the bank was released early this year in February at its Annual General Meeting which was well attended by shareholders of the bank who were exceedingly happy at the figures of the Profit and Loss and the dynamism and zeal of the new Managing Director. The bank made over LE62bn Profit before Tax for the last Fiscal year. The bank was the second most profitable bank for the last fiscal financial year.
In recognition of these remarkable achievements by the bank and its management team the bank scooped 17 International and Local Awards from various reputable organizations for the last fiscal year, placing it the most awarded financial institution for the year.
There is no doubt that as long as Management is on-top of situation and rolling out sound financial initiatives Rokel Commercial Bank will continue to climb higher.