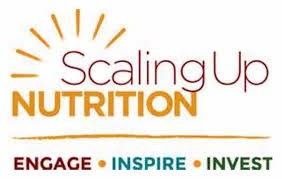 The National Scaling Up Nutrition (SUN) Secretariat in the Office of the Vice President has ended the third National Nutrition Fair at the forecourt of the Miatta Conference Center in Freetown.

The three-day event, 5th -7th February 2020 on the theme, ‘Together, Nourish Sierra Leone and Build its Human Capital’, was jointly opened by the visiting Ms. Gerda Verburg, the Global Coordinator of the Scaling Up Nutrition Movement and the United Nations Assistant Secretary General and the Vice President of Sierra Leone, Dr. Mohamed Juldeh Jalloh.

On Tuesday 28th January 2020, a press conference was held in the conference room of the Office of the Vice President, Tower Hill in Freetown about the visit of Ms. Gerda Verburg to Sierra Leone.

According to the Assistant Secretary in the Office of the Vice President and SUN Focal Person, Mrs. Victoria Sandy, the National Nutrition Fair would among others bring together UN Agencies, donors, a range of civil society partners across the country to showcase their achievements and share common challenges on how they have been contributing to the fight against malnutrition in Sierra Leone.

Mrs. Victoria Sandy continued to say that the National Nutrition Fair would also draw the attention of the government and development partners to the importance of food and nutrition in building the human capital as well as trigger the mobilization of resources for food and nutrition activities in Sierra Leone and went on to disclose that Sierra Leone has made progress in reducing malnutrition between the period (2010-2017) Global Acute Malnutrition (GAM), reduced from 8.5% in 2010 to 5.1% in 2017 and new-borns of Low Birth Weight (LBW) reduced from 11% in 2010 to 3.4% in 2017 but however pointed out that the level of reduction has not impacted significantly on the current high levels of malnutrition in the country.

According to her, as outlined in the recent Multi-Sector Strategic Plan to Reduce Malnutrition 2019-2015, some of the key contributing factors to reduce stunting and underweight among under-5 and micro-nutrient deficiency among pregnant and lactating mothers are the low access to and use of safe drinking water and poor hygiene, environmental sanitation, low prevalence of hand washing with soap, poor infant and young child feeding practices and care, low practice of appropriate care seeking behaviours e.g. antennal care, immunization, personal hygiene, deworming of children, use of insecticide treated nets and early referral for common ailments.

She concluded that hundreds of under-five Sierra Leonean children can be saved annually through adequate nutrition as malnutrition is one of the leading causes of all under-five deaths in the country highlighting that it is expected that at the end of the National Nutrition Fair, nutrition would receive priority in the national development agenda.

Around 60 countries and hundreds of stakeholders have come together to change the world so that every woman and child is adequately nourished. They have formed a movement for this purpose with the acronym Scaling Up Nutrition (SUN). This is a global Movement committed to improving on nutrition especially women and children under-five.

In February 2012, Sierra Leone signed up to become a member of SUN and in October of that same year, the Movement was launched at the Miatta Conference Center. The country became the 28th member of the Scaling Up Nutrition Movement.

Since the launch of SUN in Sierra Leone, the government and its partners have been making positive strides to put the movement on a firm foundation with the setting up of the SUN Secretariat in the Office of the Vice President, who is the National Focal Point. The SUN Secretariat is headed by a National Coordinator and its mandate includes coordinating for effective collaboration among the key players or networks-government (MDAs), the UN Family, donors, civil society organizations and the business and academic communities.

Highlights of the Nutrition Fair were a conducted tour of the over 50 booths by various dignitaries including the Vice President and Ms. Gerda Verburg, free screening for high blood pressure, temperature, malaria, typhoid and other illnesses, quiz competition for secondary schools, musical performances and talent show.

Abu Bakarr Kamara from Kambia District revealed that due to climate change and erratic weather patterns, plans are underway for the Ministry of Agriculture to embark on large-scale greenhouse agriculture especially for vegetable crops like carrots, lettuce and cabbages.

Other stakeholders who made similar statements at the ceremony included Madam Nenebah Jalloh, SUN National Coordinator, Mrs. Solade Pyne-Bailey of the Directorate of Nutrition in the Ministry of Health and Sanitation, Dr. Hussainou Taal of WFP and Alhaji Mohamed Bailor Jalloh, Founder and Chief Executive Officer of FOCUS 1000.