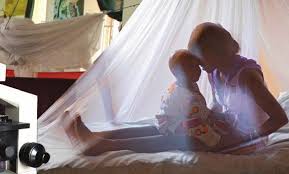 In a Release dated 23rd September, 2020 it was stated that the whole nation is at risk of malaria that is spread by mosquitoes and is the leading cause of death and illness.

“We need to reduce the malaria burden so that our people can have good health. So that when children go to school, they are able to perform better. So that when women get pregnant, they can deliver safely,” says Anitta, a registered nurse and case management team lead for the Sierra Leone National Malaria Control Program (NMCP). “That has been my goal: that I need to save mankind. So, I do whatever in my own capacity to help people.”

Anitta co-led an initiative to partner with private pharmacies on their response to patients with malaria.

This public-private partnership in Sierra Leone was a collaboration between USAID’s Human Resources for Health in 2030 (HRH2030) program; the U.S. President’s Malaria Initiative (PMI), the Global Fund to Fight AIDS, Tuberculosis and Malaria; the Pharmacy Consultancy of Sierra Leone; and the Sierra Leone National Malaria Control Program. HRH2030’s Capacity Building for Malaria activity works with PMI to strengthen the institutional and managerial capacities of National Malaria Control Programs in 10 countries.

In Sierra Leone, private pharmacies are the first line of defense against malaria but were historically not in line with the NMCP’s strategy. Interested in convenience and efficiency, patients would go to private pharmacies over free Government clinics. Yet pharmacists would often give the sick person antimalarial pills as a precautionary measure without actually testing them for malaria. Unfortunately, this presumptive use of medication is not only wasteful and inefficient, but can also have negative side effects on patients, including ulcers and kidney damage.

Aware of these patterns, and rather than encouraging people to choose public clinics over private pharmacies, the NMCP partnered with pharmacies to strengthen their malaria case management capabilities. Anitta and her colleague Brenda Stafford, a trained pharmacist and Procurement and Supply Management officer, led the initiative, going pharmacy-to-pharmacy to train staff on the NMCP’s “Three T” approach: Test, Treat, and Track.

According to 2016 data, only half of children under-five with fever received appropriate malaria testing.

As for the last T, tracking malaria test results is key in forecasting the spread of disease. Anitta and Brenda provided pharmacies with two forms that track results: a registry form to track patient information and a summary form which aggregates that into monthly data reports – allowing the NMCP to identify disease patterns and forecast supply to better plan for use of malaria test results and drugs.

“This partnership allows for more cooperation and collaboration between healthcare providers and other stakeholders and overall more success in combating the disease,” Anitta said.